JHR enter the 2023 SuperOne Karting Championship for all 12 rounds 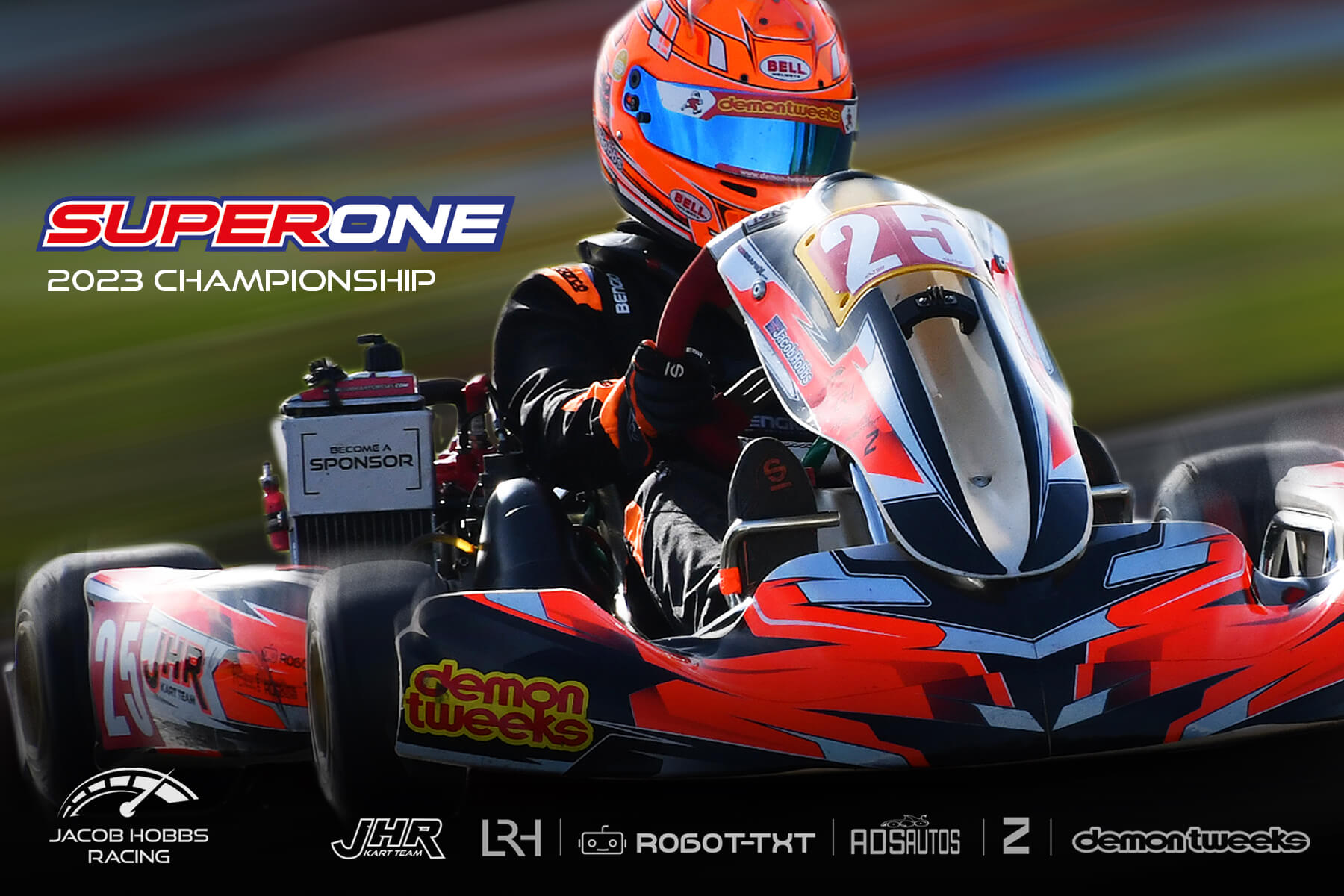 2022 has been a fantastic first year of racing for our karting team. Jacob has developed as a driver so quickly and has competed in three championships and entered a few one-off events throughout the year and has never disappointed and always gets some great complements on his driving.

Year two in 2023 we take on another challenge as we enter JHR Karting team into the SuperOne series. We will be travelling all over the UK competing in 12 rounds at circuits like Clay Pigeon, Whilton Mill, Shenington, Rowrah, Fubeck & GYG.

The Super One National Kart Championships, also known as S1 or Super One, is a karting championship based in the United Kingdom. It has been in operation since 1983 and is regarded as the premier karting championship in the UK, producing professional drivers including Lewis Hamilton, Jenson Button, David Coulthard, Alexander Albon, Dan Wheldon, Anthony Davidson, Jason Plato, Zhou Guanyu and more.

We will be adding a new SuperOne section to the website soon.