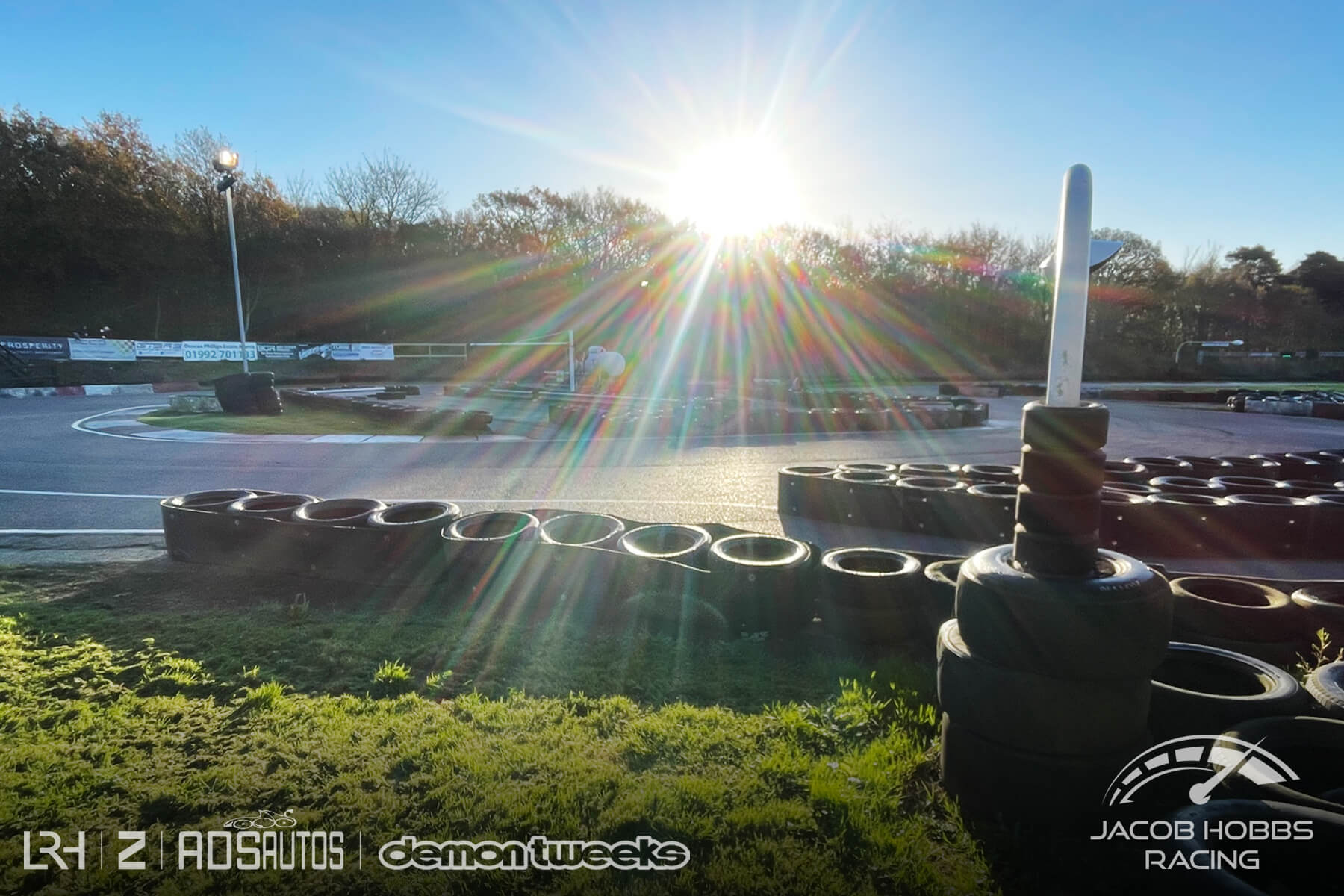 Today is the start of a brand new championship at Brentwood raceway.

This is going to be a short season for me. Out of the twelve races in the championship I will only be participating in six of them because of race commitments in two Rotax Junior championships that I am competing in this year in my own kart.

Qualifying went well, I qualified in 4th for race 1 with a 35.267. I made a good start to gain a position and then drove well to win the race.

As you probably know by now, that means I start race 2 at the back of the grid. I made it all the way up the grid to 4th before getting an ABC for contact that wasn’t my fault. That put me back into the middle of the pack. I drove as hard as I could to regain some places but the best I could do was to finish 6th.

I made it into the A final, which keeps my consecutive run going as I made the A final every race last season. I started 9th on the grid. I had a good start, made up some places and drove as hard as I could to end up finishing the race in 5th.

A nice haul of points scored for the first race and not a bad start to the season.