Driver of the day at Lydd IKR Championship Round 2 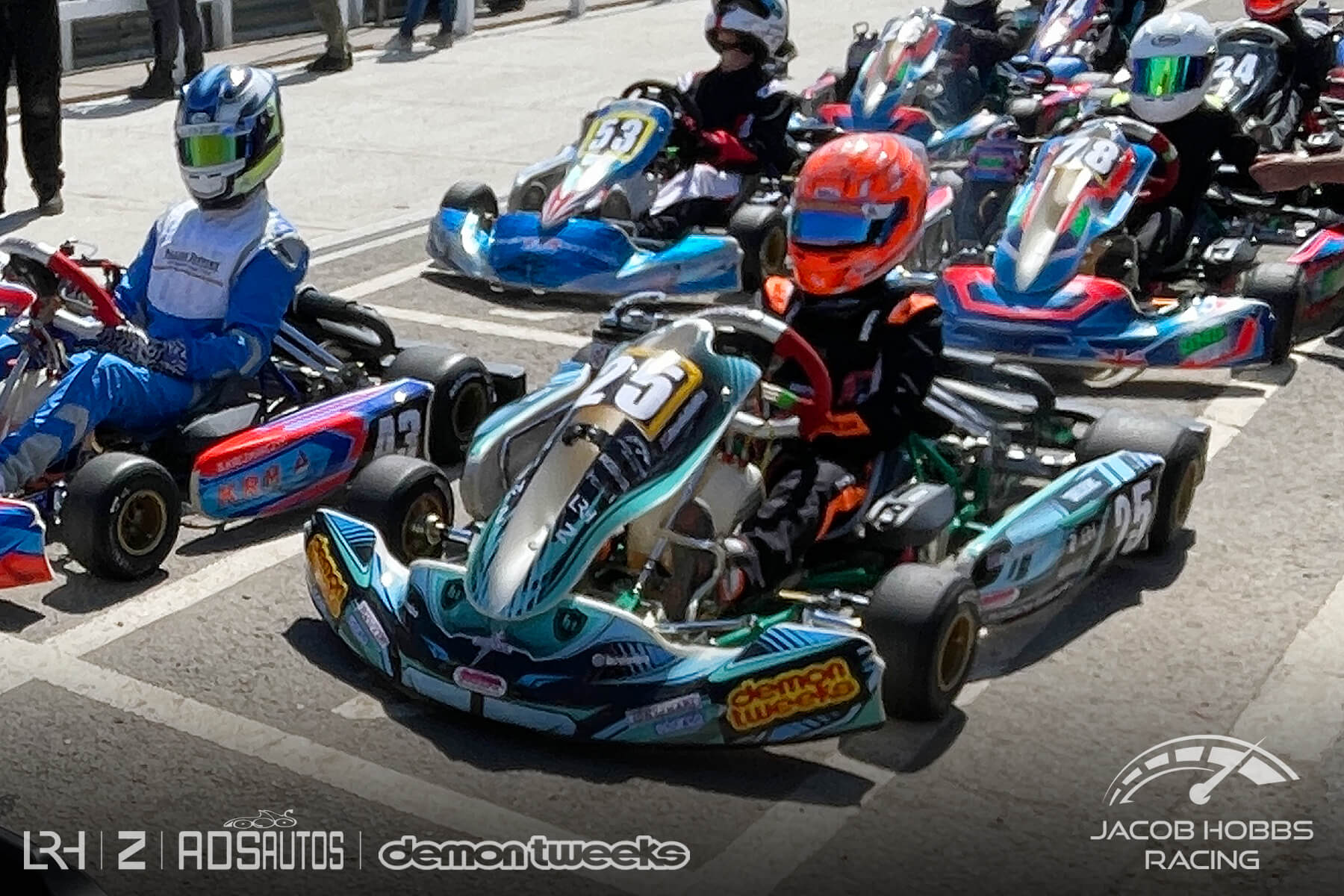 This weekend was the second round of the IKR Rotax Junior Championship at Lydd International Kart Circuit.

This race weekend is a two day event with practice on the Saturday and official championship races on the Sunday.

Saturday consisted of eight, ten minute sessions and my first time out since adding some upgrades and updates to the kart. I’m pleased to say they all worked perfectly and yet again improved my lap times to drive the fastest I have ever driven my Rotax kart at Lydd.

On Sunday, I was 3rd fastest in practice and I qualified 4th overall, I was running in 2nd place for a while before I made a small mistake on my last flying lap.

Race 1, I was on the pace and really pushing to make up a place or two after a good start. The four of us up front were pretty evenly matched in lap-times and were pulling away from the rest of the pack. I finished 4th.

The Pre-Final was again a fast race, I was running 4th after the start and yet again the four of us were evenly matched for pace and were pulling away from the rest of the pack. I was very close to the rear of the kart in front but they defended well and I had to settle for a 4th place finish.

I started the final on the second row of the grid in 4th. I made a good start until I was hit in the first corner and had the front of my kart driven over. I dropped down to 7th but was determined to make up those lost places.

I drove well. Lap times were still fast even though I had a broken rear bumper and the front left Nassau support was snapped so was bouncing around in-front of me. I caught up and over took two karts making it back up to 4th. It was impossible to catch 3rd due to gap they had made but I was faster and catching them quickly, it’s a shame there wasn’t a few more laps. I finished 4th overall. I wanted a podium finish but am happy with my driving this weekend.

I scored 83 points moving me up to 4th in the championship standings.

To my surprise I was then awarded Driver of the day out of 59 drivers…. I am thrilled with that because we have been working very hard on the kart and my driving to keep shaving off the time and it’s really paying off.

It’s back to back race weekends so we head down to Bayford Meadows in a few days for round 3 of the BMKR Summer Championship. 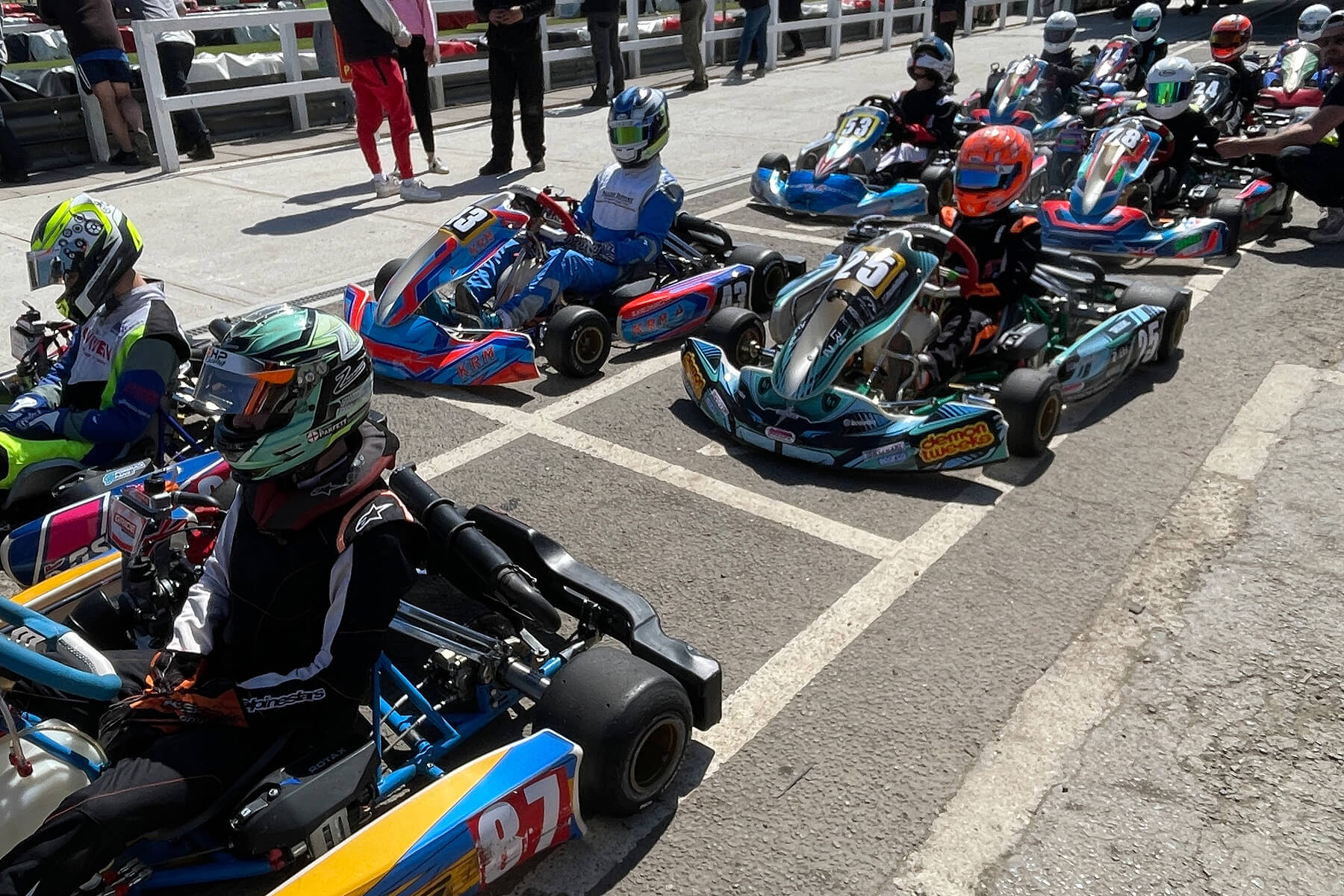 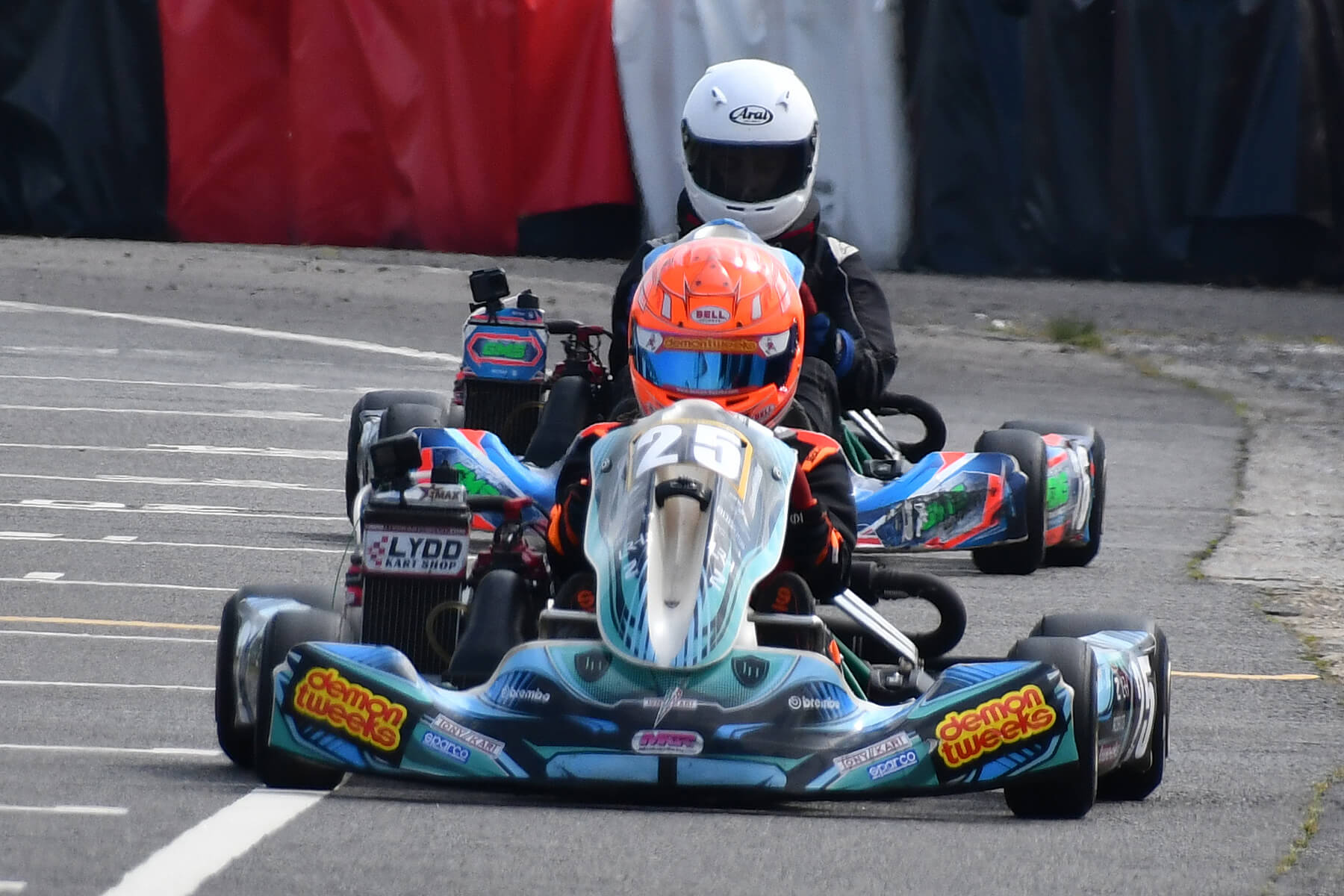 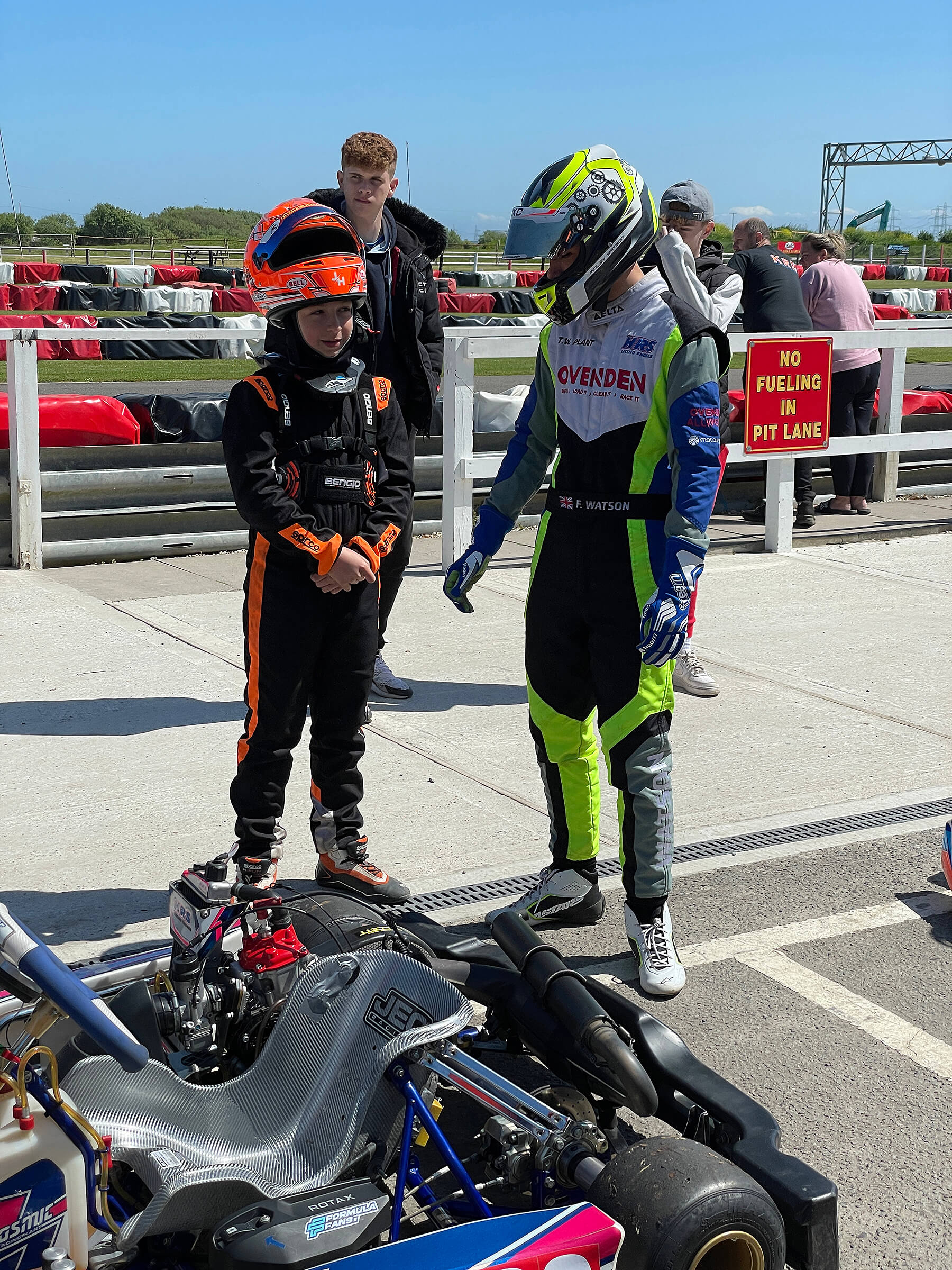 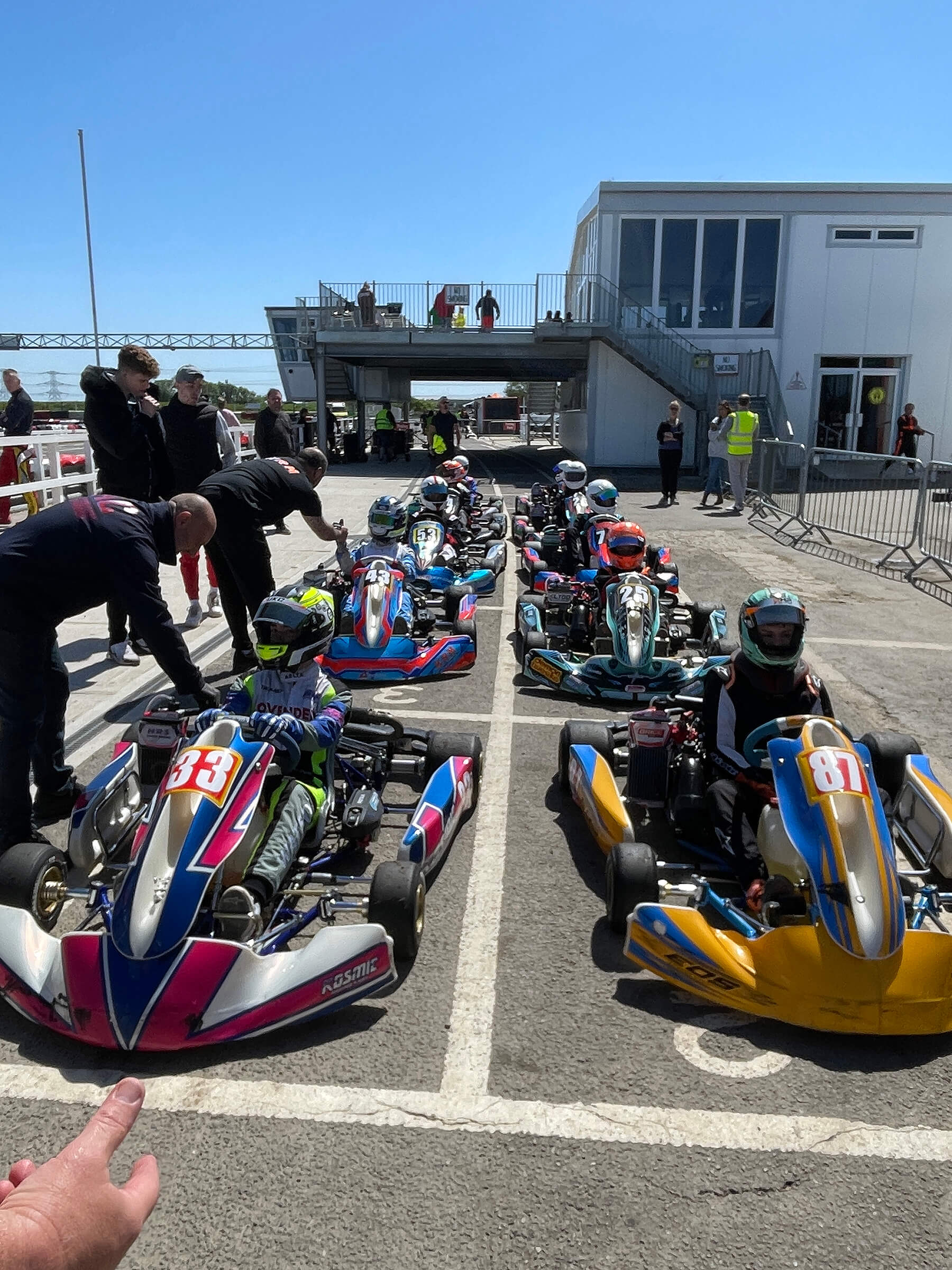 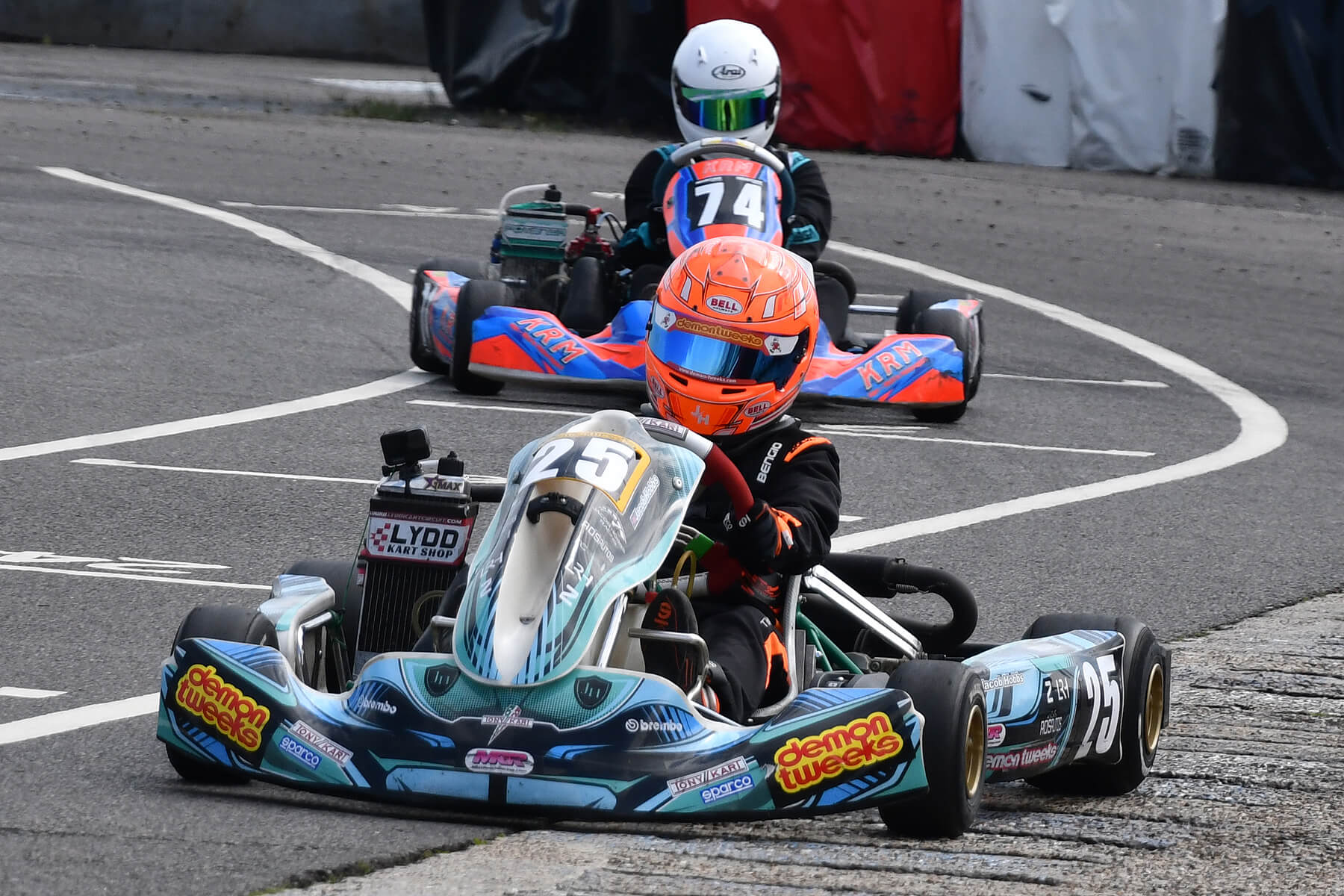 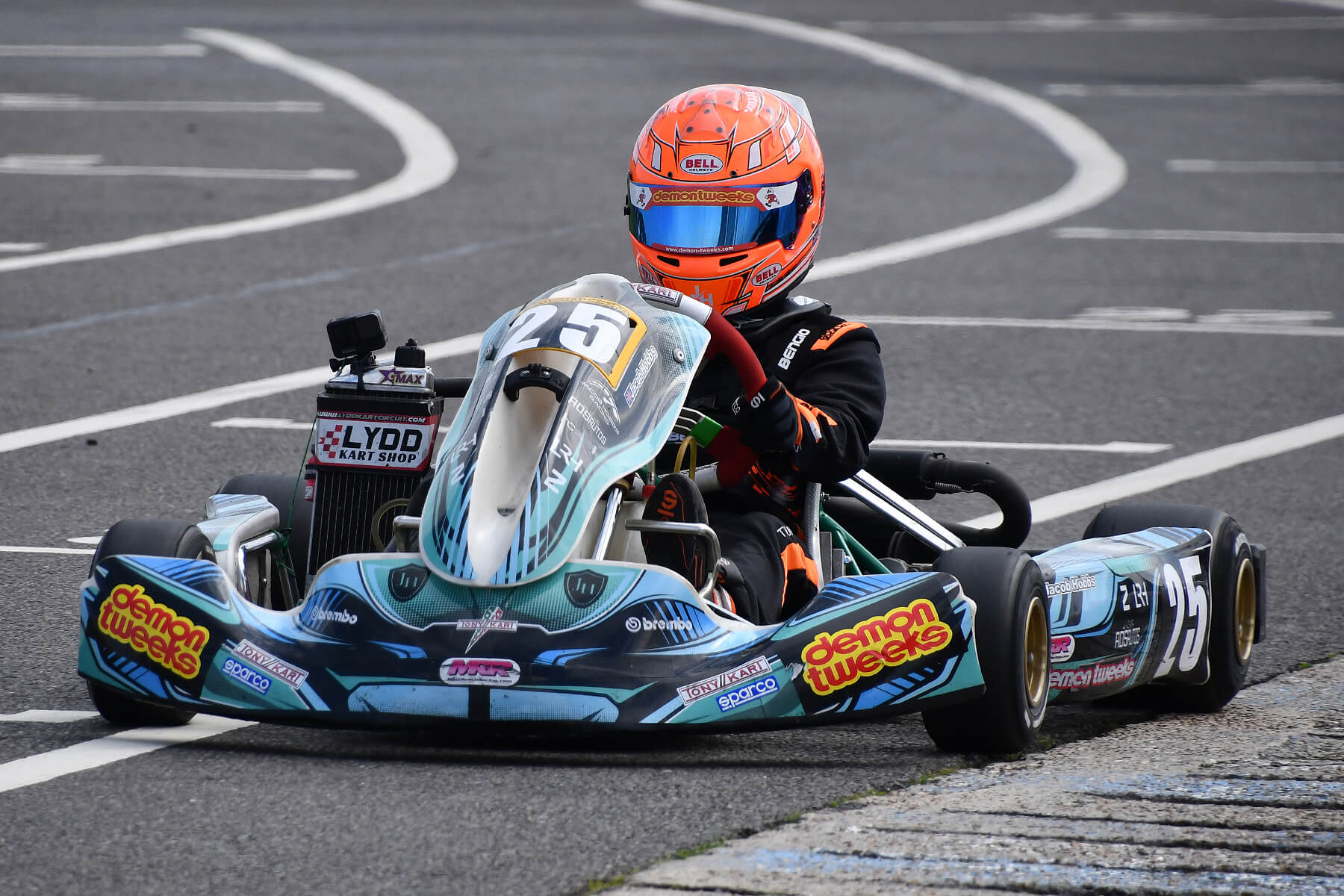 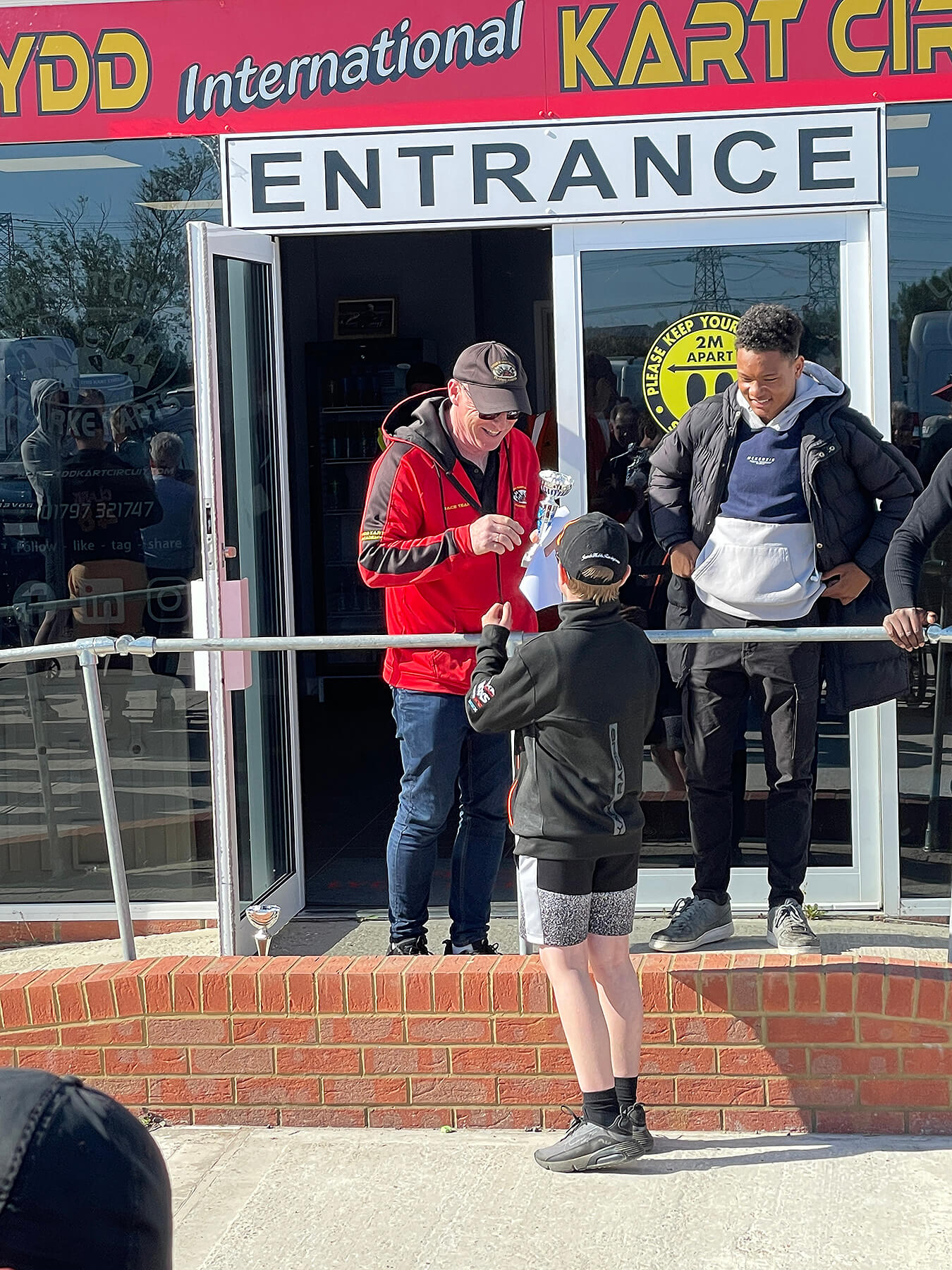 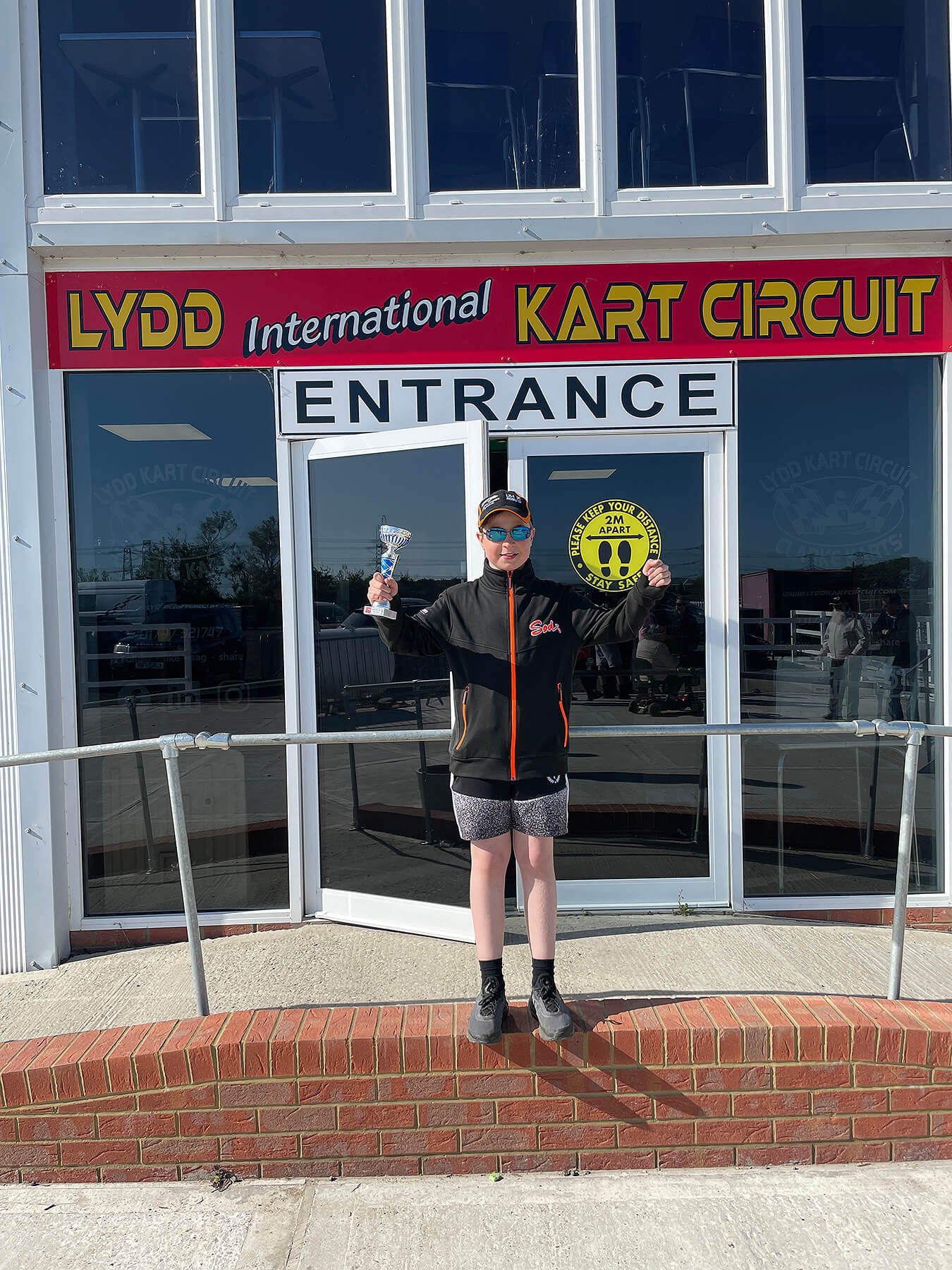 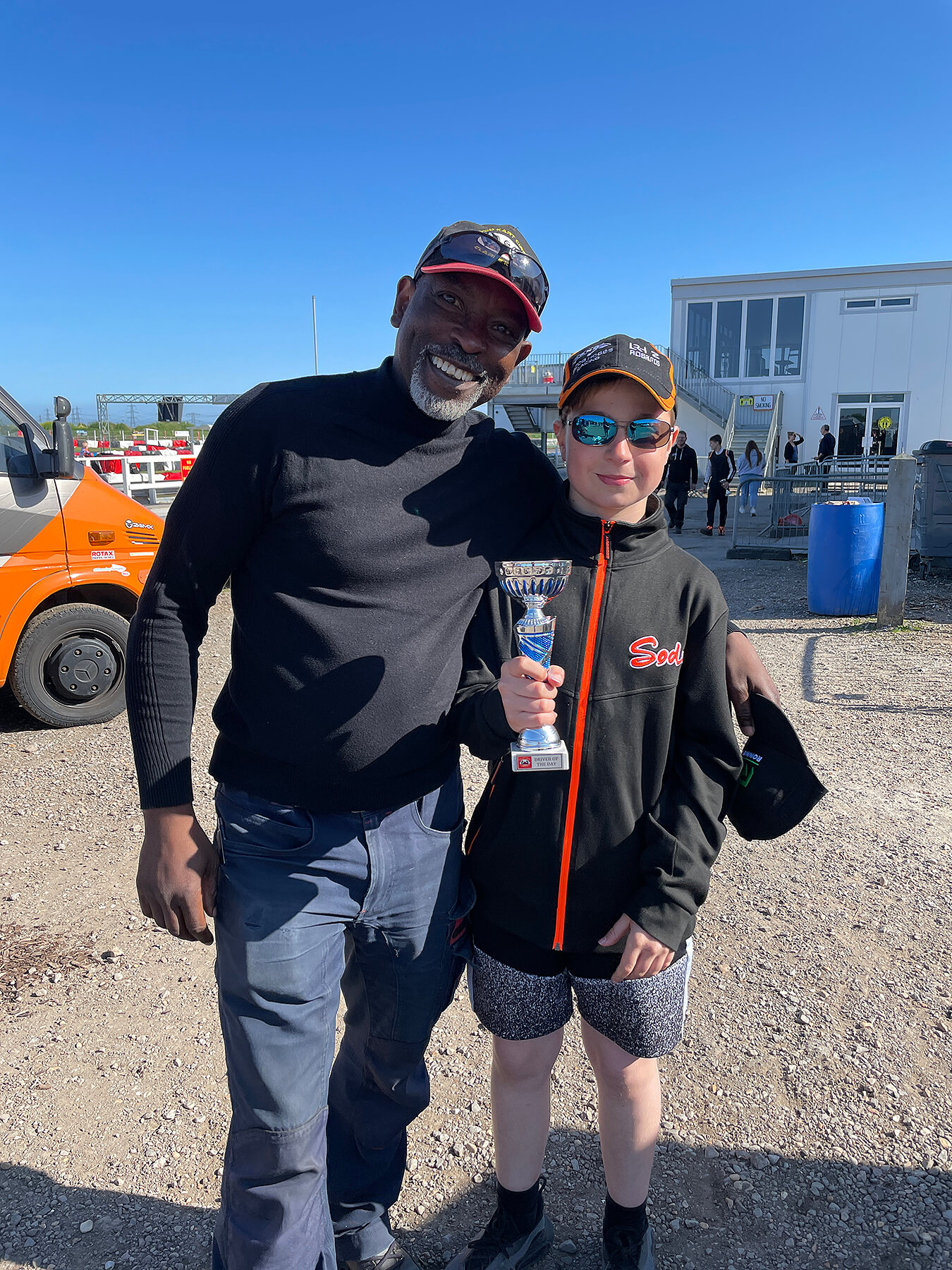 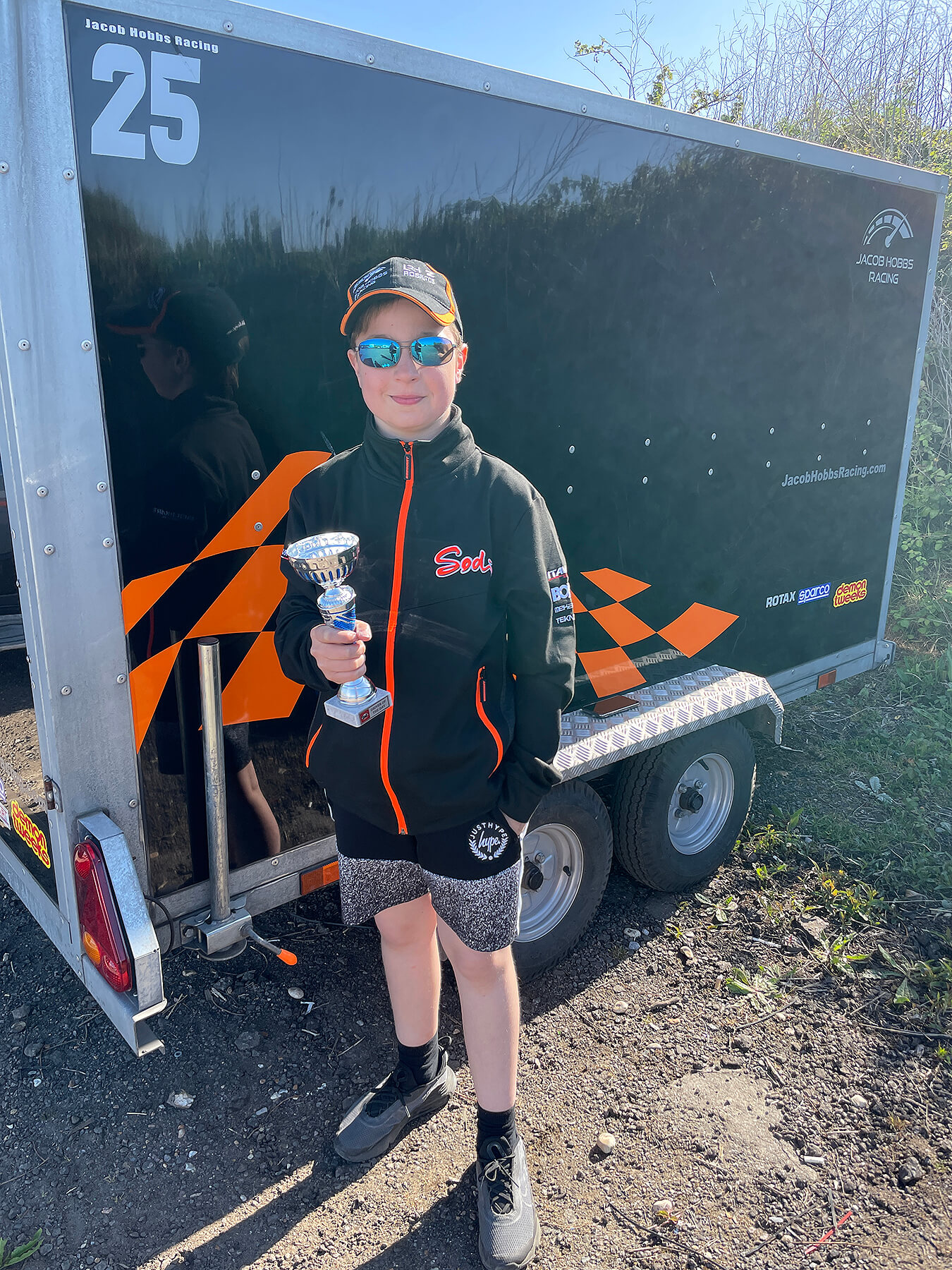 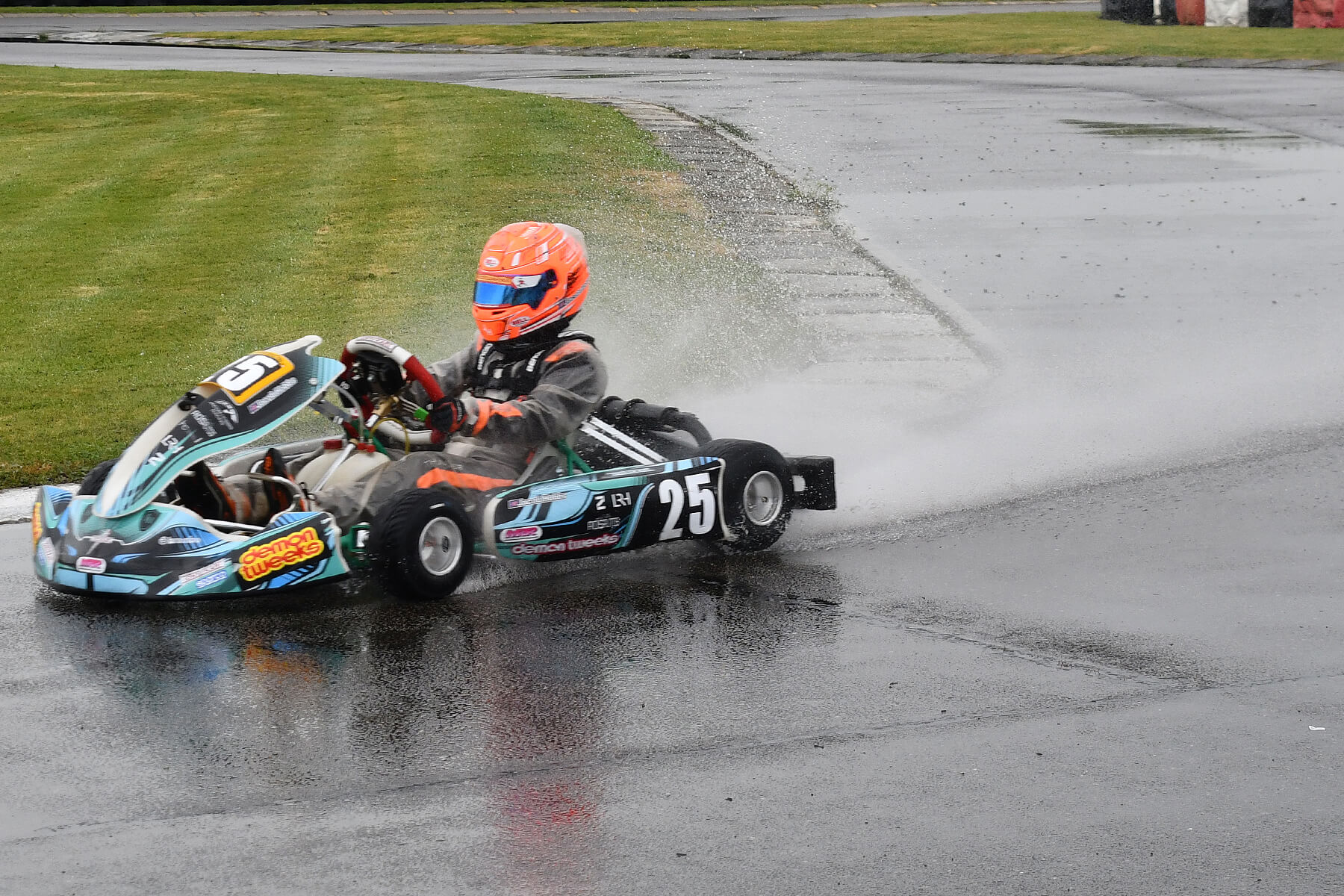 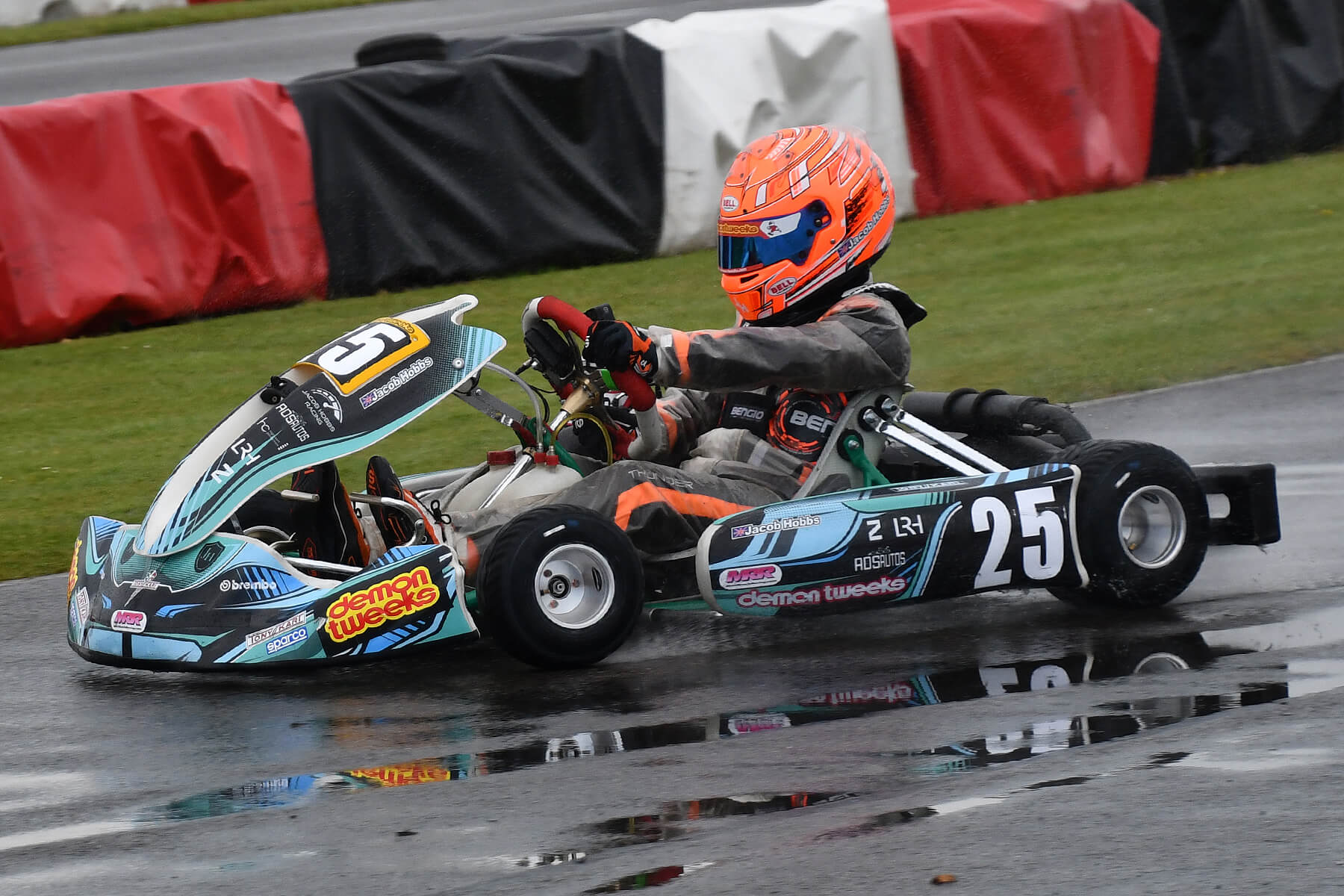