Final round of the IKR Summer Championship at Lydd 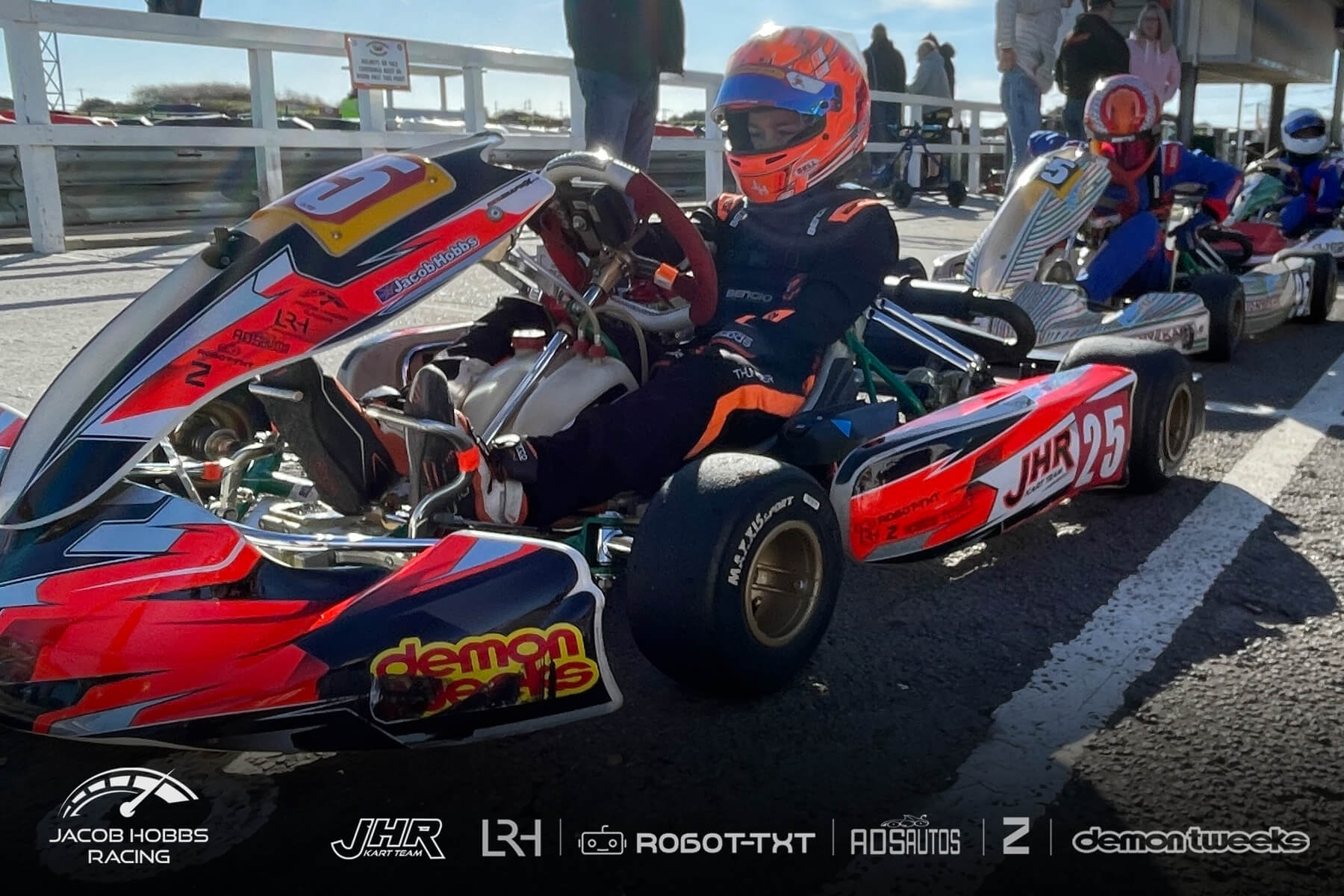 This weekend was Round 7 and the final round of the IKR Summer Championship down at Lydd.

As with all race weekends we headed down on Saturday to set-up and get the kart ready for Sundays race meeting. We experimented with tyre pressures, kart set-up and jetting throughout the day to put us in the best possible position for Sundays race. The day went well with no problems and we felt confident that we had found a good set-up for us.

Sunday warm-up went well, we were quickest overall so that was encouraging for qualifying. The whole field were on three race old tyres apart from one new driver to the category who had brand new slicks, so it would be a challenge to be quicker than him.

Heat 1, the start was a bit frantic and I was pushed onto the grass on the first corner, I managed to regain the track and keep my 2nd place but it did make me loose my momentum and after the back straight I had unfortunately lost two places so was down to 4th. I kept up with the leaders and the four of us pulled away from the rest of the pack. I needed the race in 4th.

Pre Final, starting 4th as the starting positions are set by heat 1 finishing positions. Made a good start, kept it clean and retained my position. As in heat one the four of us pulled away from the rest of the filed, we were all nose to tail but I just couldn’t find a way past, so finished the race in 4th.

Grand final, again started on the second row in 4th, made a good start and was really pushing, I kept trying the overtakes but we were so evenly matched it was difficult, half way through the race the driver in position 3 went for 2nd place and I stuck to him like glue and we both managed to get through, moving me up to 3rd. As with the other two races the four of us were pulling away from the field and lapped some of the other drivers. I finished the race on the podium in 3rd place.

This as the last round of the Summer Championship and I am really pleased with my first year of karting at Lydd. In the five round winter championship at the beginning of the year I came 3rd overall and in this summer championship I came 2nd overall out of 26 drivers.

All in all a good race weekend down at Lydd. Now onto Fulbeck on Tuesday and Bayford Meadows next weekend for the next round of the championship there. 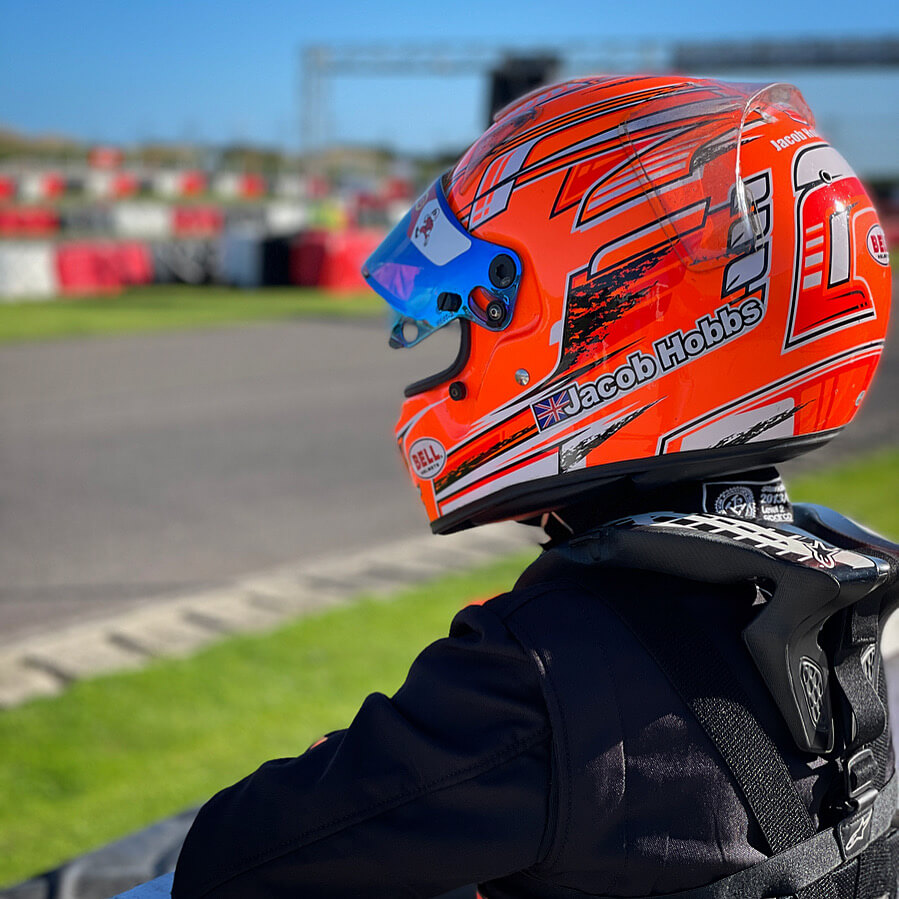 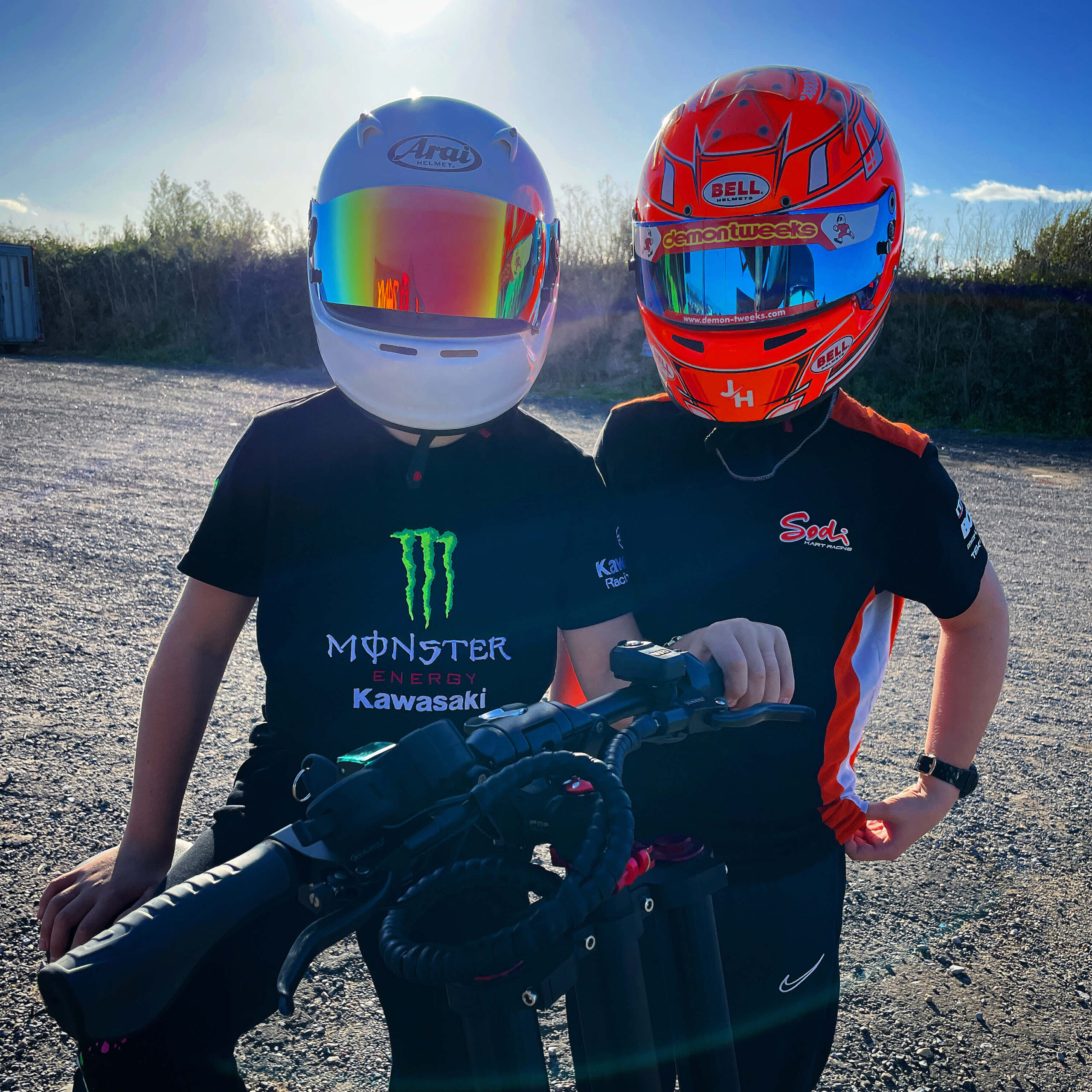 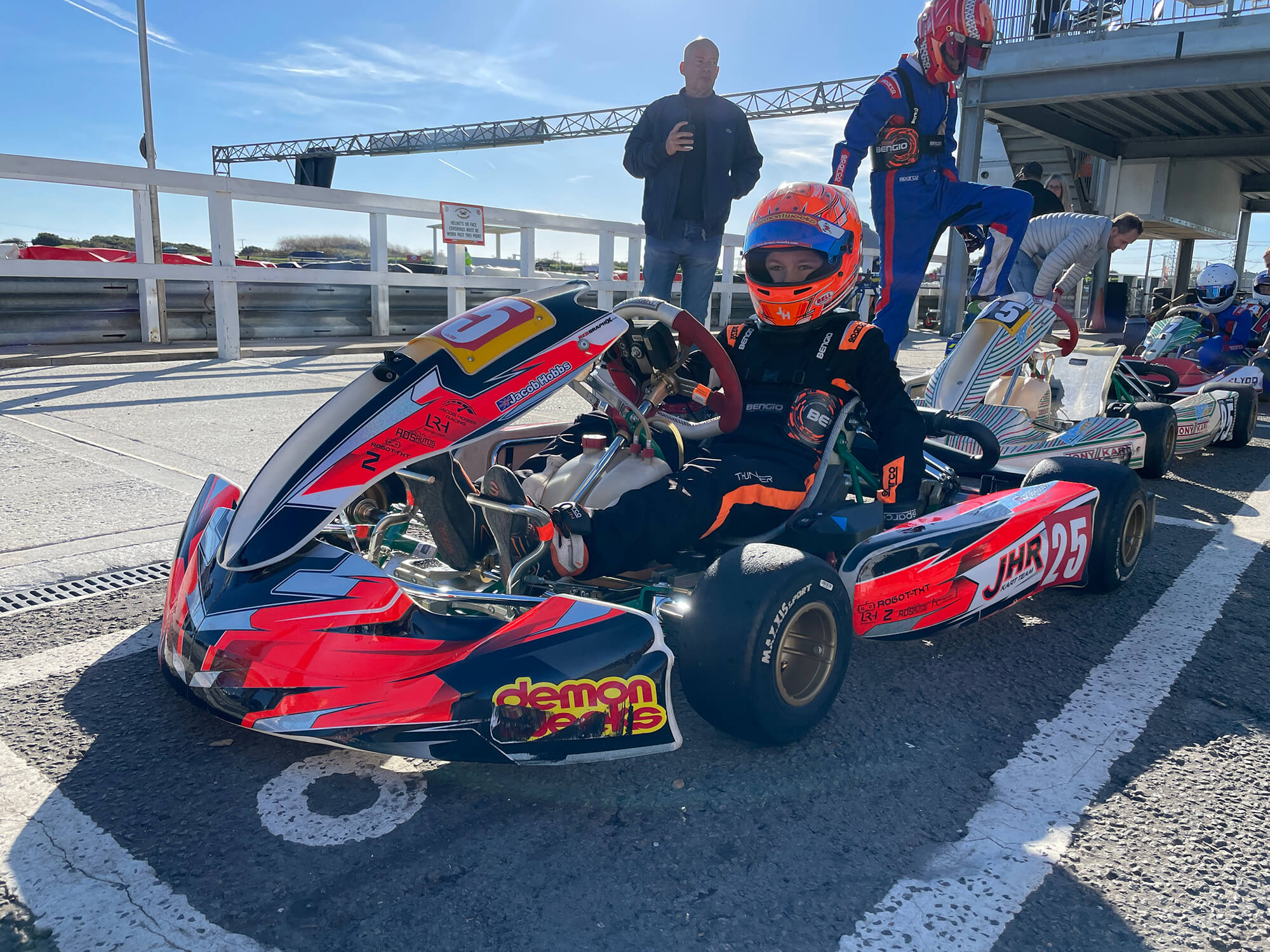 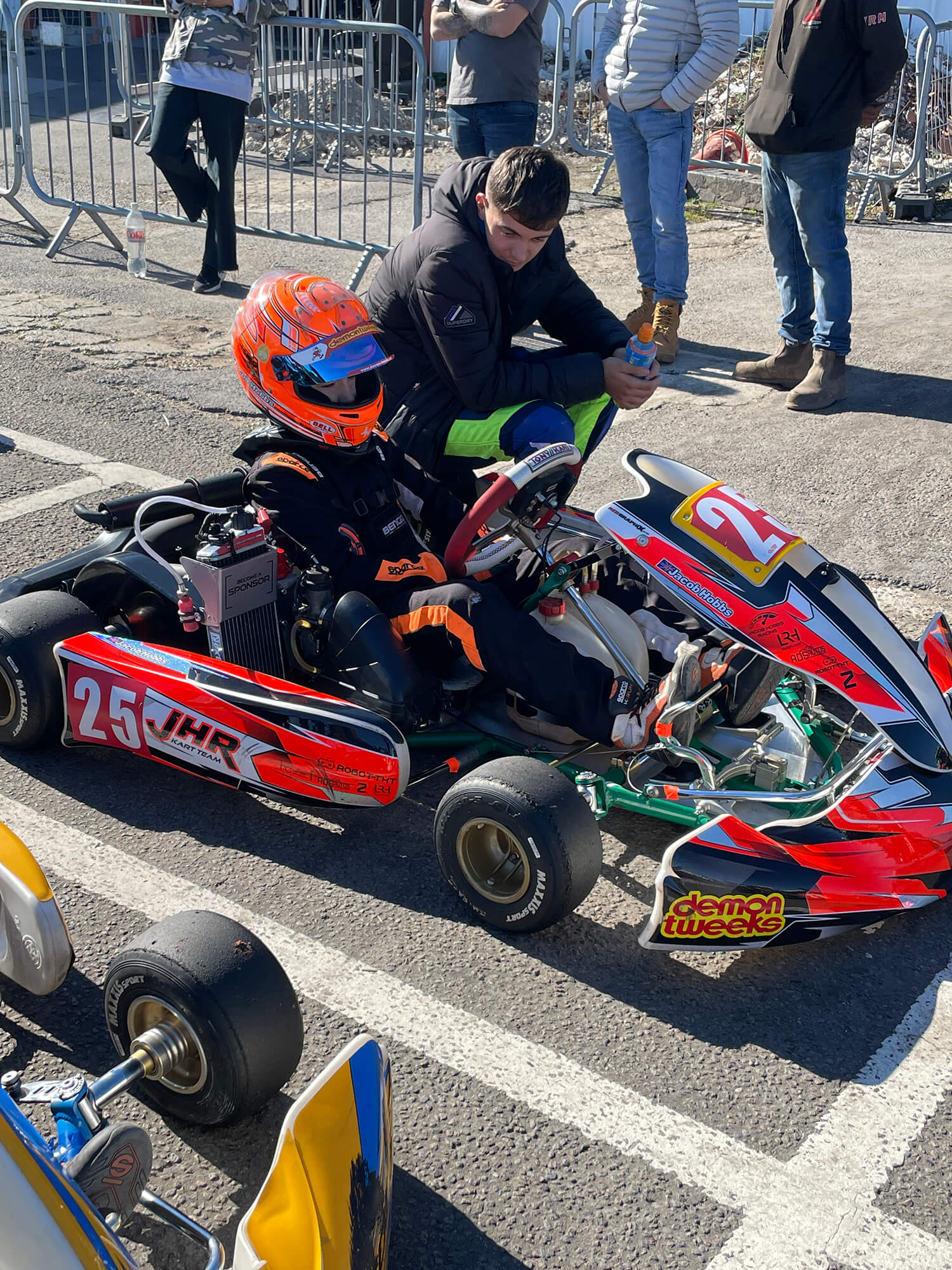 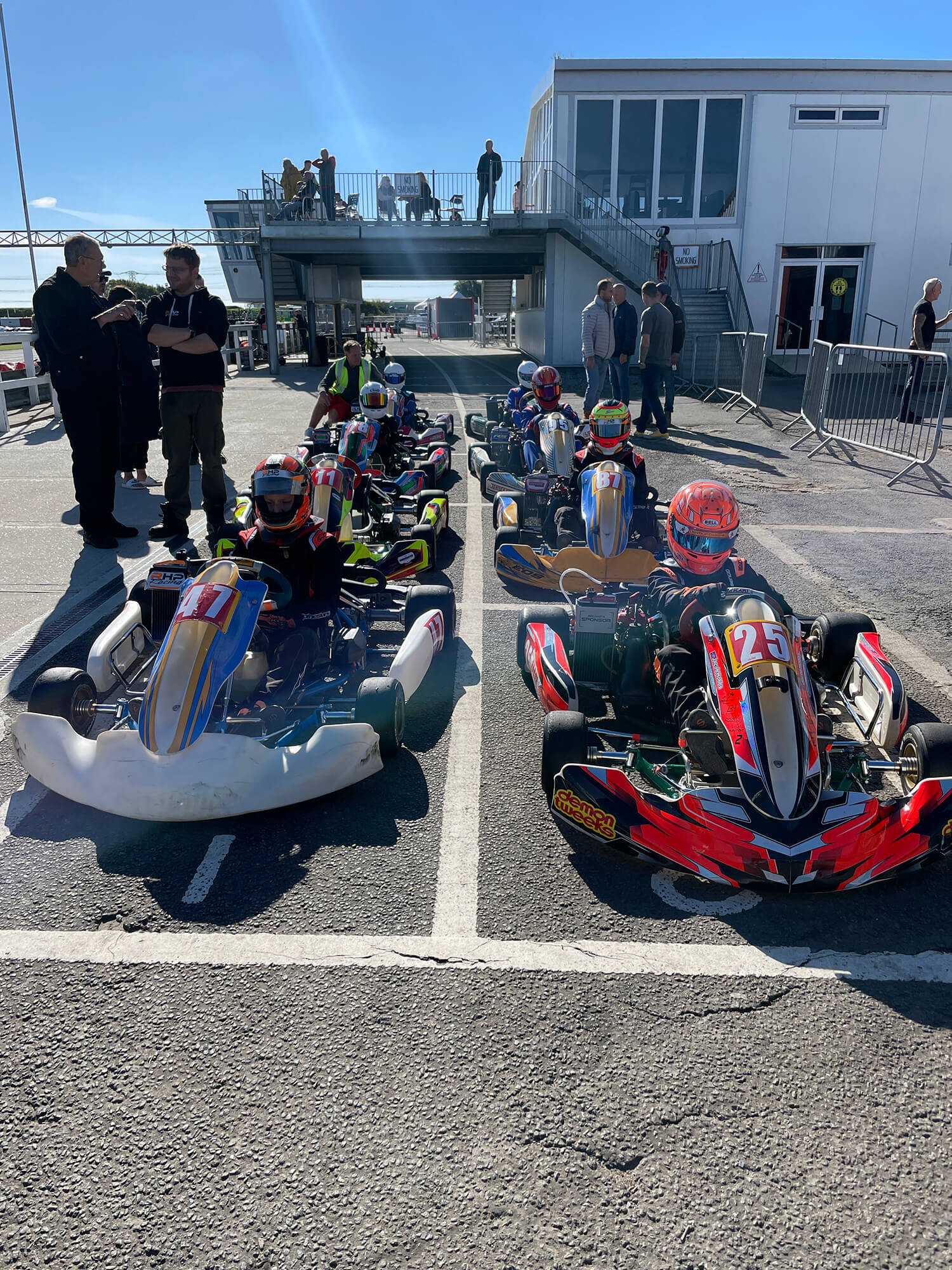 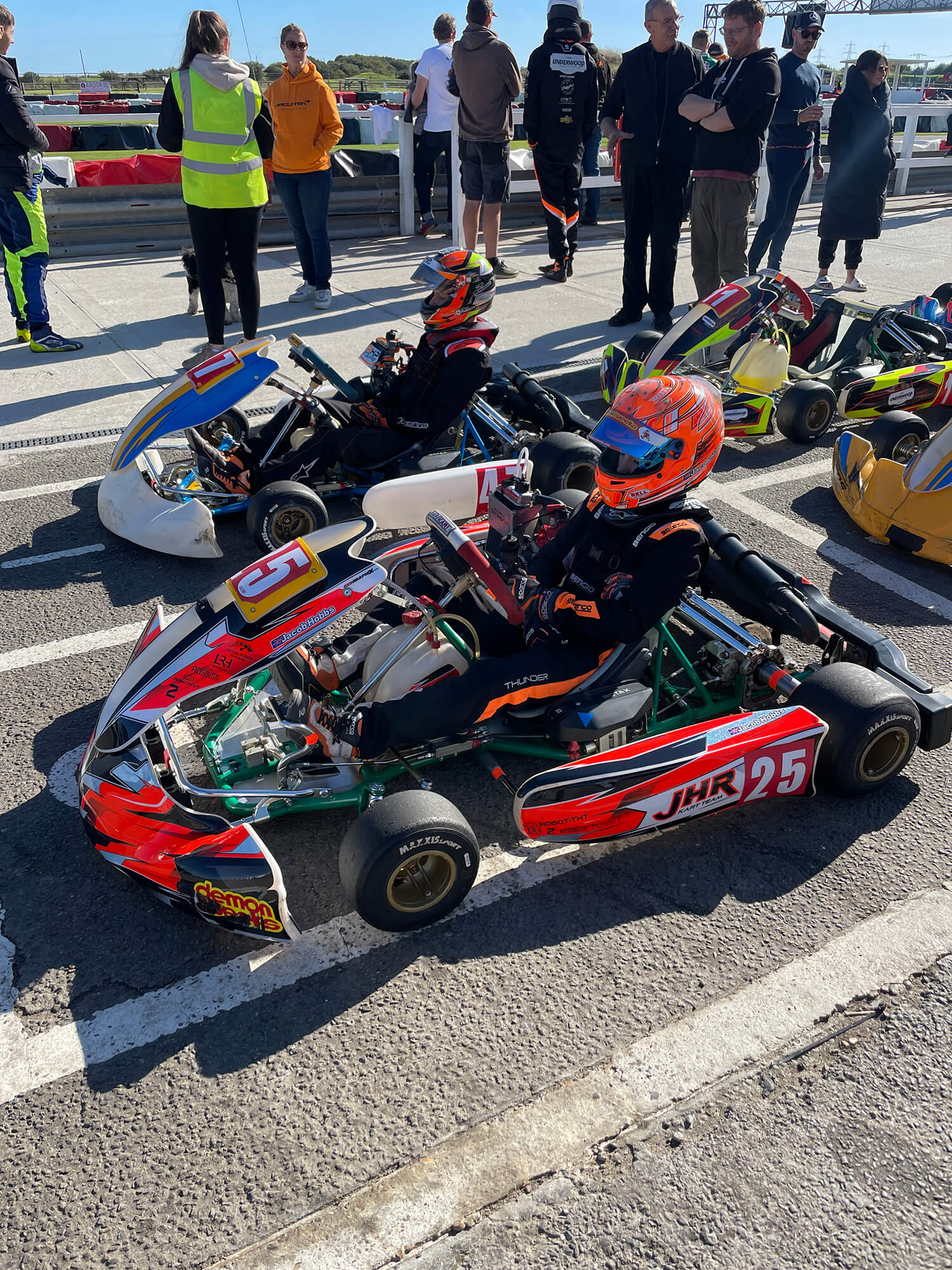 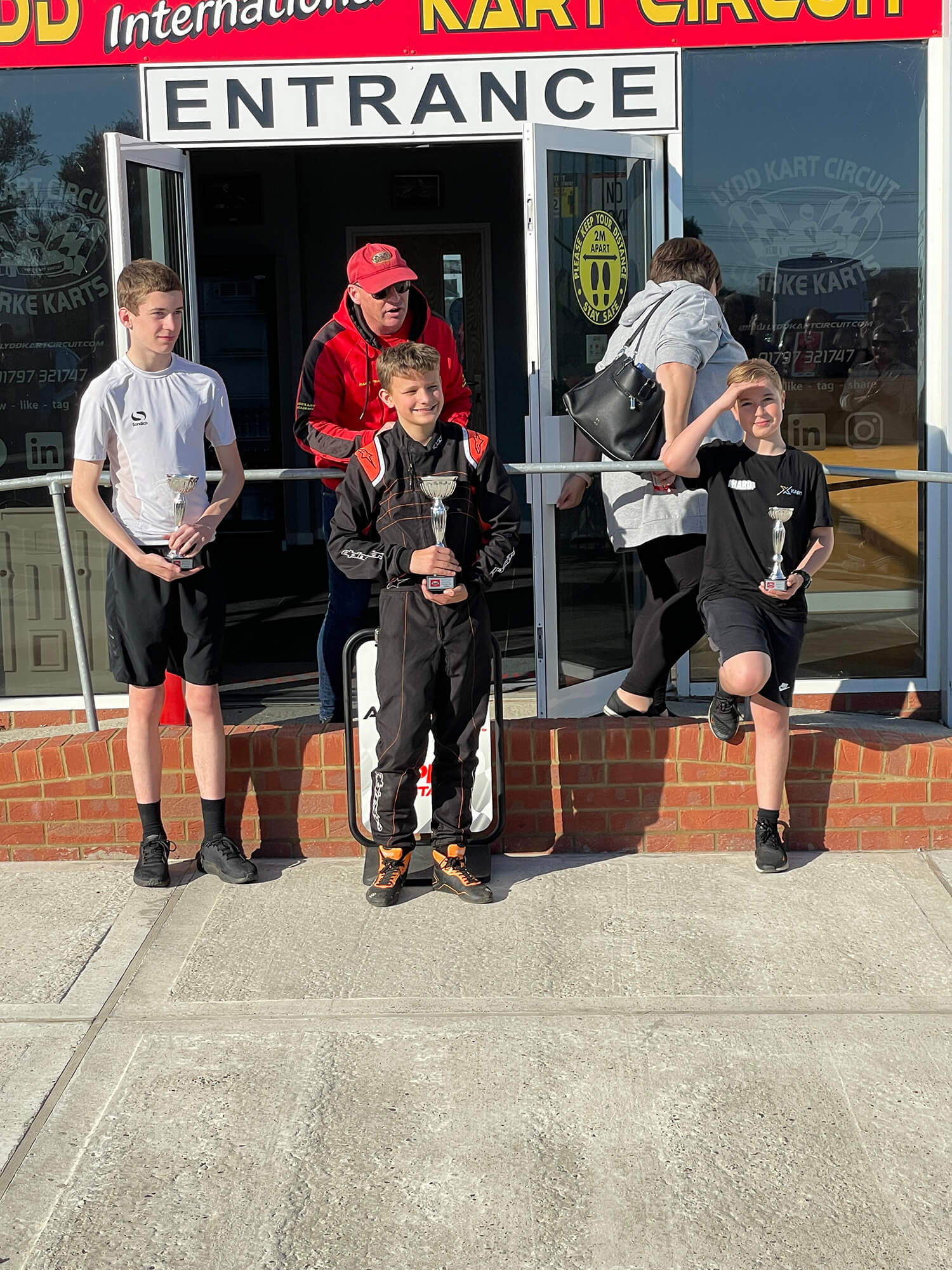 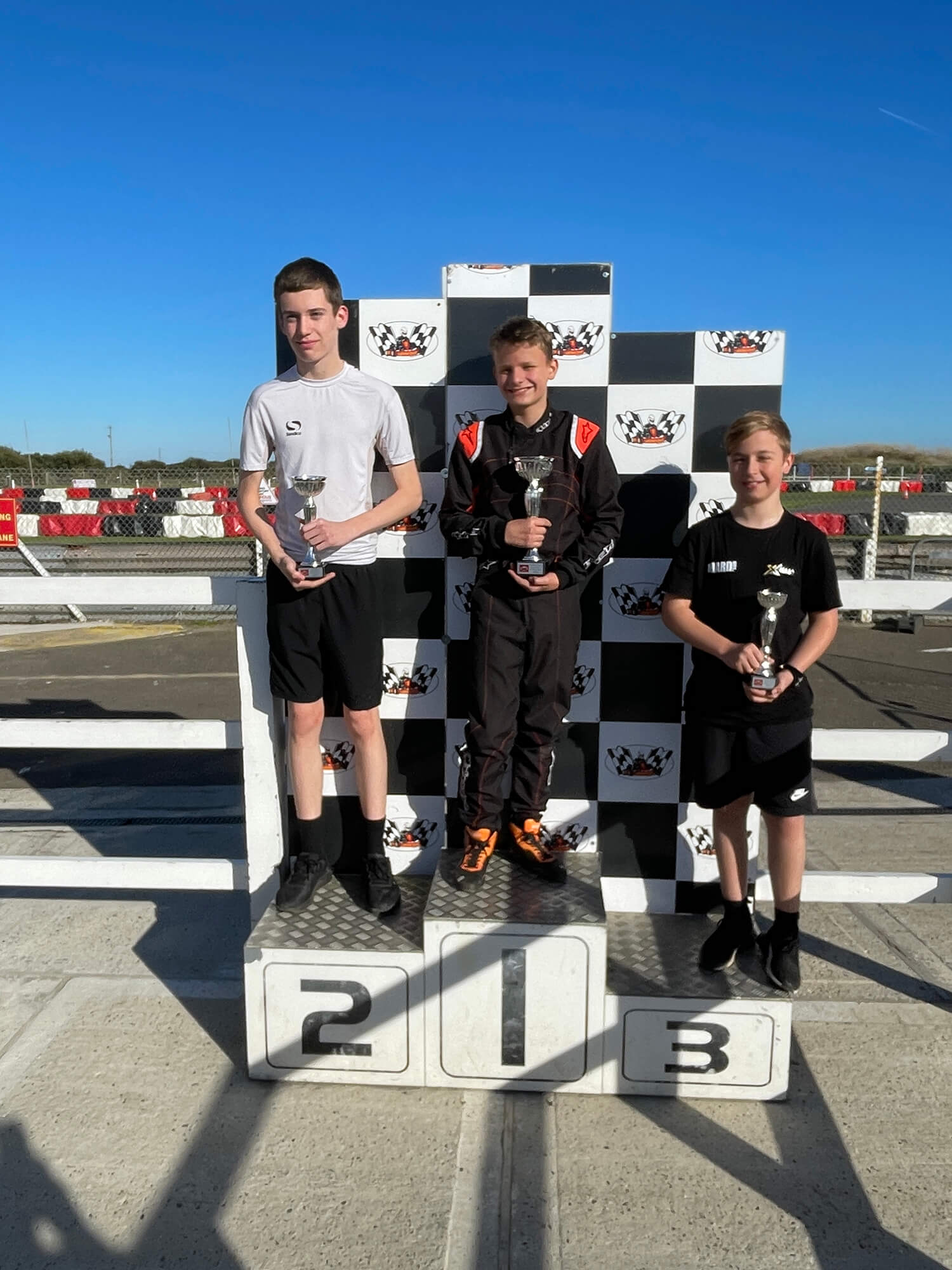 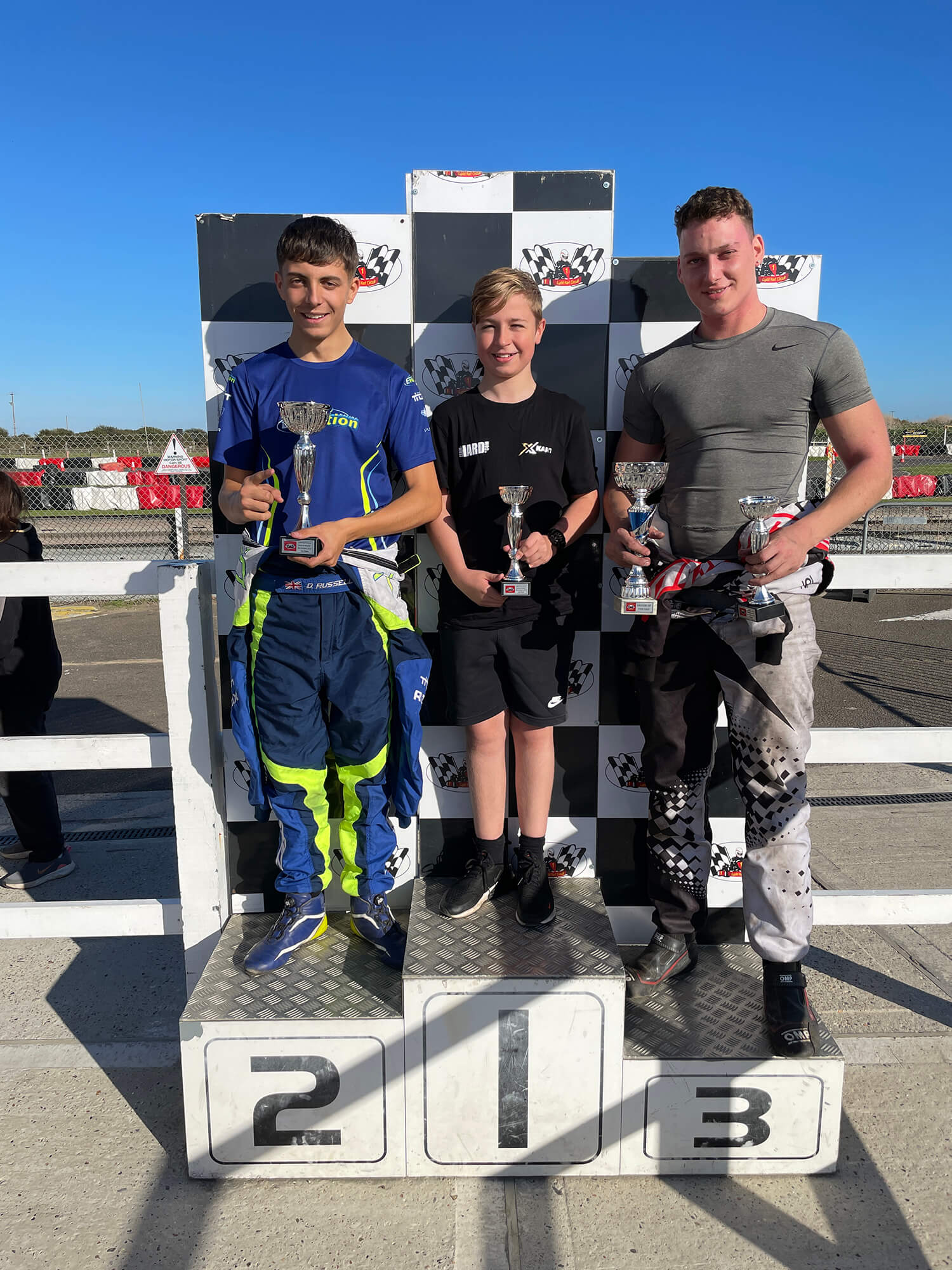