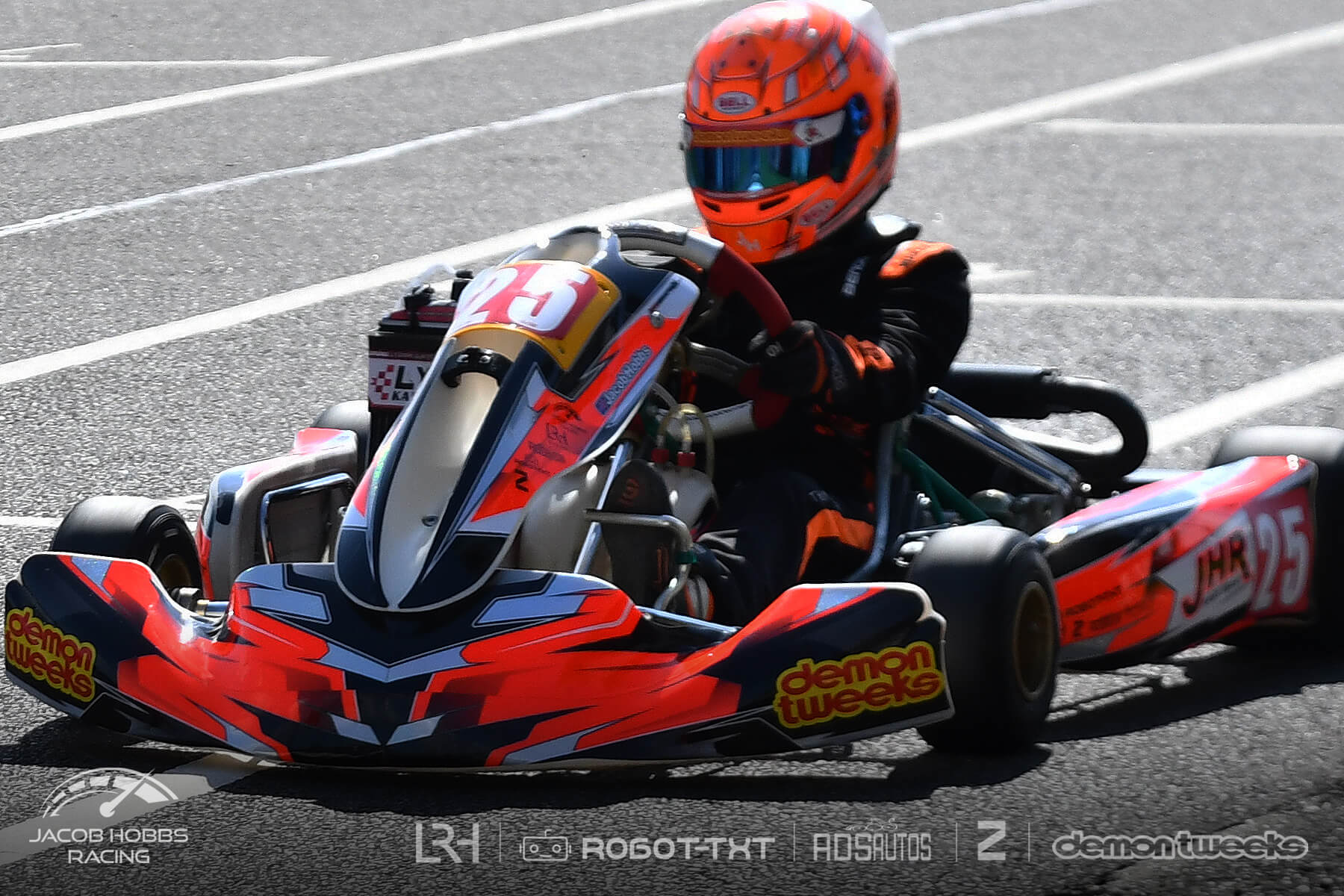 This weekend we were competing in the IKR 2022 Summer Championship, Round 6. The grid this weekend was smaller than usual but the drivers at the top end of the championship table were all in attendance.

This was an exciting weekend for us as we were running our brand new kart team livery and branding.

Saturday practice went ok. The kart had a few small teething issues but after the usual replacements it was up and running perfectly. Special thanks to Ken from the KRM Team, it was great to meet him this weekend and he helped with our clutch sprocket as we had left our impact tool at home, so Ken came to the rescue.

This weekend we were running on one race old tyres, as were the rest of the field apart from Finley Watson who made an appearance and was on brand new tyres.

Practice and Qualifying went ok, we were on the second row of the grid in 3rd. Made a good start in heat 1, kept out of trouble and was able to pull away in 4th place. The top 4 were setting fast lap time and we were able to pull a gap from the rest of the field. I finished 4th.

Heat 2 was the same, the top 4 were very close to each other but I just couldn’t get past, ended up finishing where I started in 4th but with fastest lap of the race.

The final was exactly the same, top 4 were nose to tail and pulled away from the rest of the pack. Finished 4th again with fastest lap of the race.

All in all an ok weekend. I would like to have finished at the very least on the podium but it wasn’t to be. There is only 1 race left in the championship and we are running in 2nd place, so hope for some good results next month to hold onto that place.

Next weekend we head down to Bayford Meadows for Round 7 of the BMKR championship and the final round of the Kent Cup.