Strong finish after a challenging start at Bayford 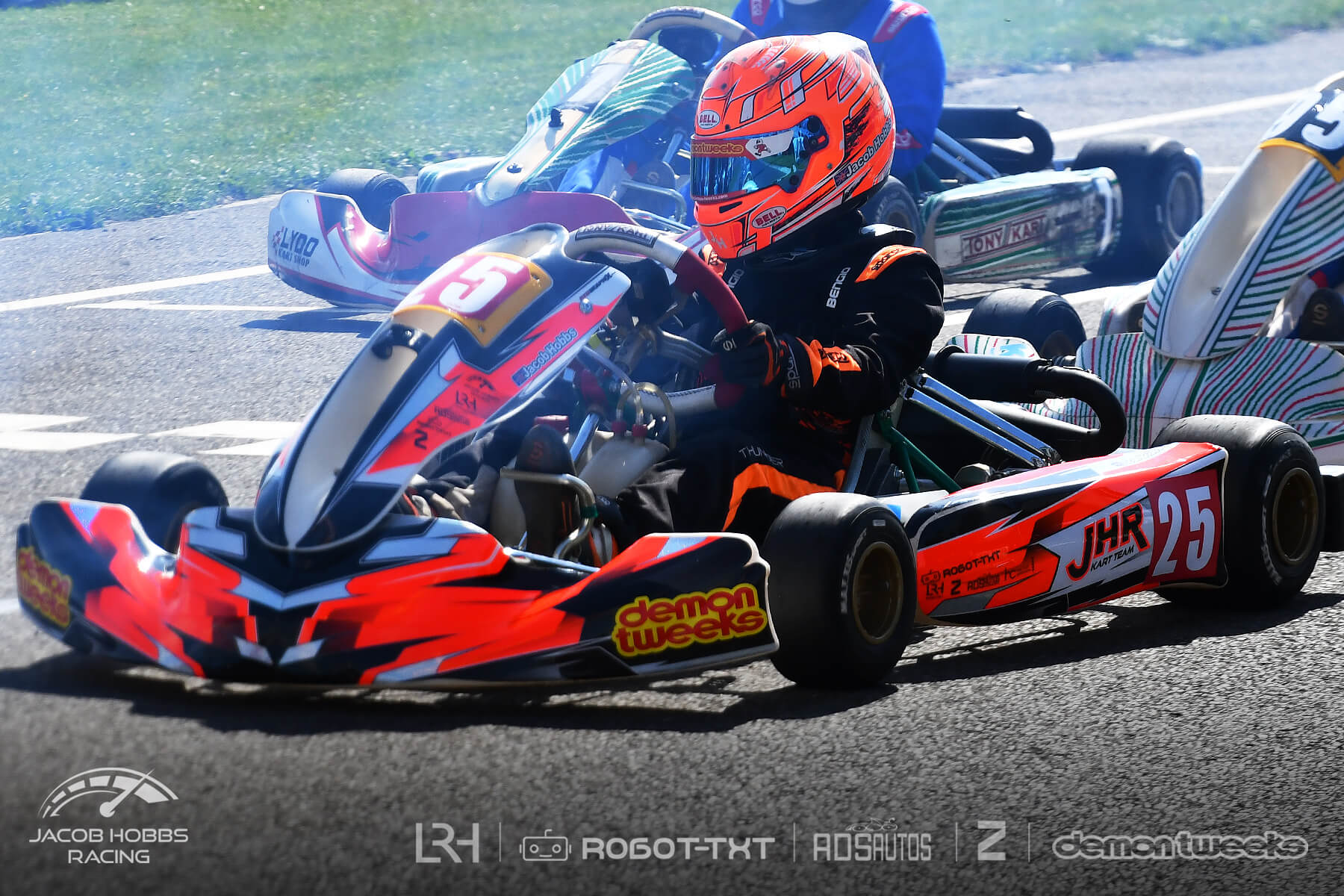 This weekend was Round 6 of the BMKR Summer Rotax Championship.

We arrived on Friday to set-up in the paddock so we were ready to hit the track first thing on Saturday for practice to prepare for tomorrows race. The sessions went well and the kart delivered some good lap-times. We had a few little elements that needed replacing throughout the day but that isn’t unusual. One one of the larger repairs we needed to make we had assistance from the Roalf Racing Team…. they were brilliant and we can’t thank them enough.

This round wasn’t a new tyre round so like everyone else was out on two race old tyres. We had our best qualifying session at Bayford Meadows starting on the 4th row of the grid in 7th. Throughout qualifying the kart felt great. There was an accident happened in-front of me and although I did my best to avoid it I clipped my front right wheel on the rear wheel of the spinning kart.

Once back in the paddock we checked for damage and laser aligned the steering rods etc and everything looked to be perfect…. or so we thought.

In heat one I made it up to 4th out of 21 drivers and on the 2nd lap my front right spacer pins snapped and sent me into the barrier on the last corner of the lap. This was a disaster, it was the highest I have run at Bayford and it also meant that I would start the pre-final from the back of the grid…. We were gutted.

While Dad was fixing the kart I was getting my head back in the zone so I could attack the pre-final and try to make up as many positions as I could so I had a better starting position for the final.

My race start was ok and I made up 4 places. I drove well and kept out of trouble making up another 5 places and finished the race in 13th. Although this isn’t the best it does mean that I can start the final mid-pack, which is better than starting at the back of the grid.

In the final I made another good start, made up some places and drove as hard as I could. The kart felt great and had pace. I ended up finishing 8th overall.

We are happy with 8th considering how the day started. We are really looking forward to the next round of the championship as this is also the last race of the Kent Cup Championship….so watch this space.