Tricky conditions result in up and down race weekend 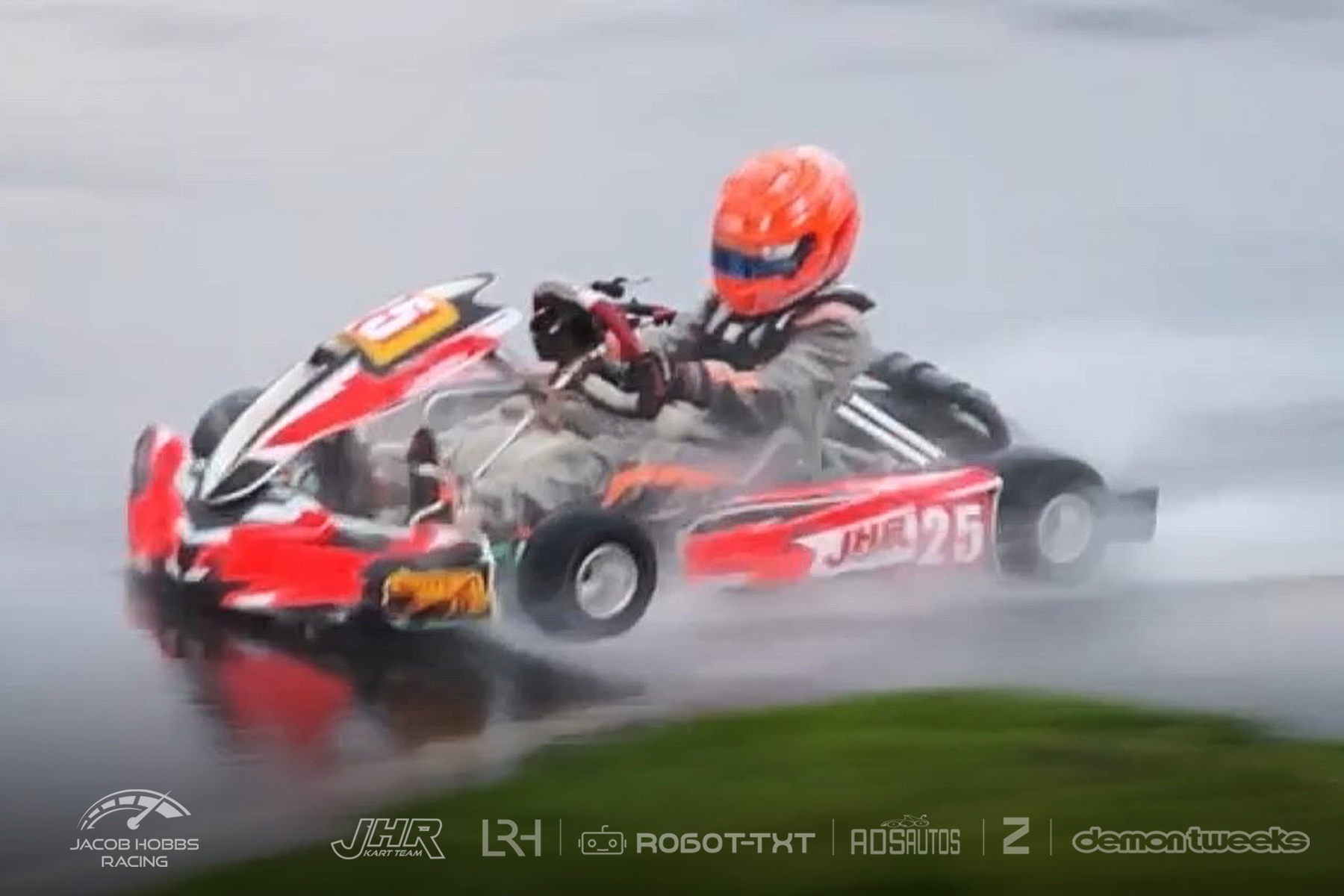 This weekend marks the final round of the BMKR 2022 Championship, round 9.

The weekends weather has been up and down all weekend with a lot of dry and wet running on the Saturday. This was good because it enabled us to be able to fully set-up the kart for the extremely wet conditions so we were hopeful of a good qualifying result on the Sunday and hopefully a strong finish to the season.

Sunday morning was extremely wet, the kart was on full wet setup and after the drivers briefing we headed out for qualifying. Unfortunately on the 3rd lap Jacob made a rare mistake and ended up in the tyre barrier. The grass was too wet and he was unable to pull it back onto the circuit so he had no choice but to retire from the session meaning we go into the first race of the day starting right at the back of the grid.

For race 1 Jacob made an amazing start and made up 6 places, he continued to drive well putting pressure on the karts in-front of him and ended the race in 9th, which was a fantastic result starting from the back in these terrible conditions.

We had high hopes for the pre-final, he started 9th on the grid, made a good start and kept out of trouble, the rain had stopped but the circuit was still wet so the whole grid was still on wet tyres. Unfortunately luck was not on our side, two people crashed in-front of him, in a spit second had to choose a way around them but one kart went one way and the other straight into Jacob, forcing him off the track to aquaplane trough the grass into a Marshall hut. Driver was ok but the kart took a bit of damage, what made this worse was after such a good fight to make it up the grid for the final, it now means that race was a DNF so he drops to the back and will be starting the final in 18th.

The final, now on slicks as there is a dry line. He made a great start, kept his racing clean and drove really well to finish in 10th place. Although this is not the result we were expecting this weekend, to have made it back into the top 10 after so many setbacks and in such tricky conditions was the best we could do.

In December there is a one-off Christmas Cup special and then the winter series starts in January.

To see the official results sheets from this and previous races please click here. 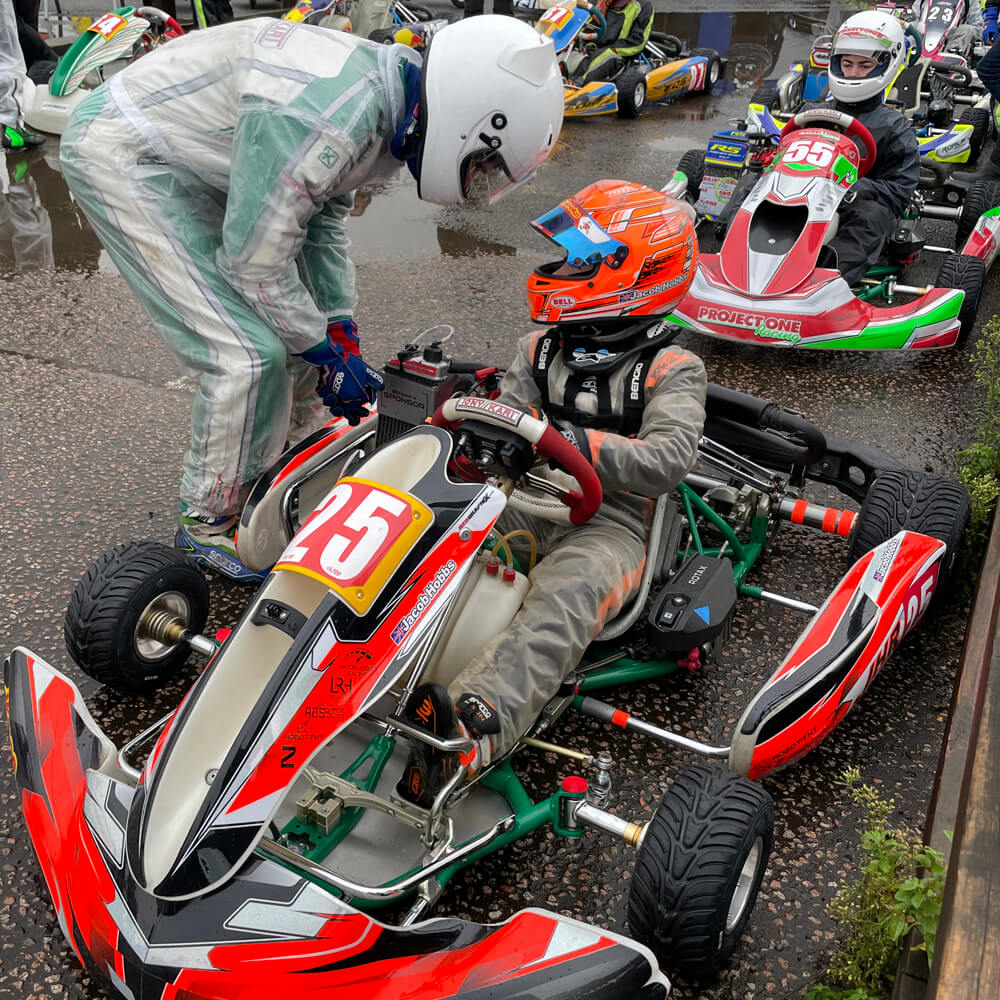 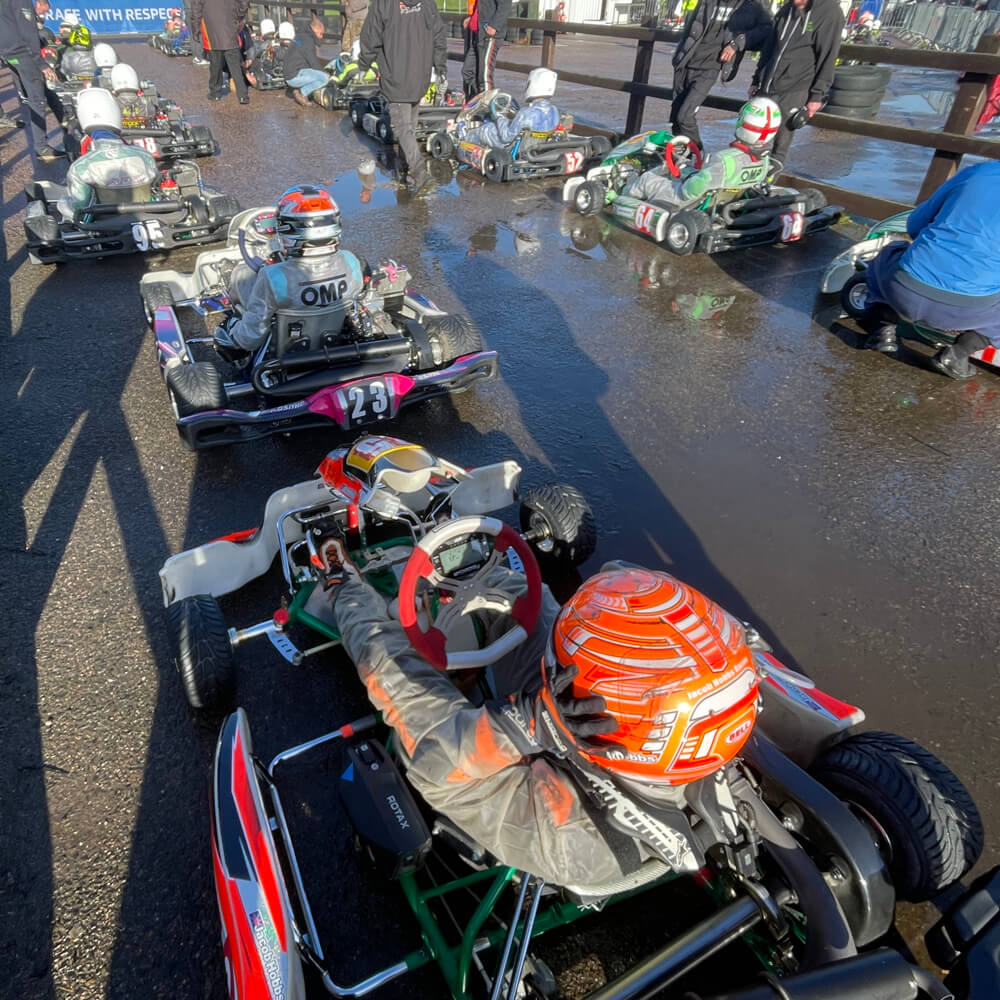 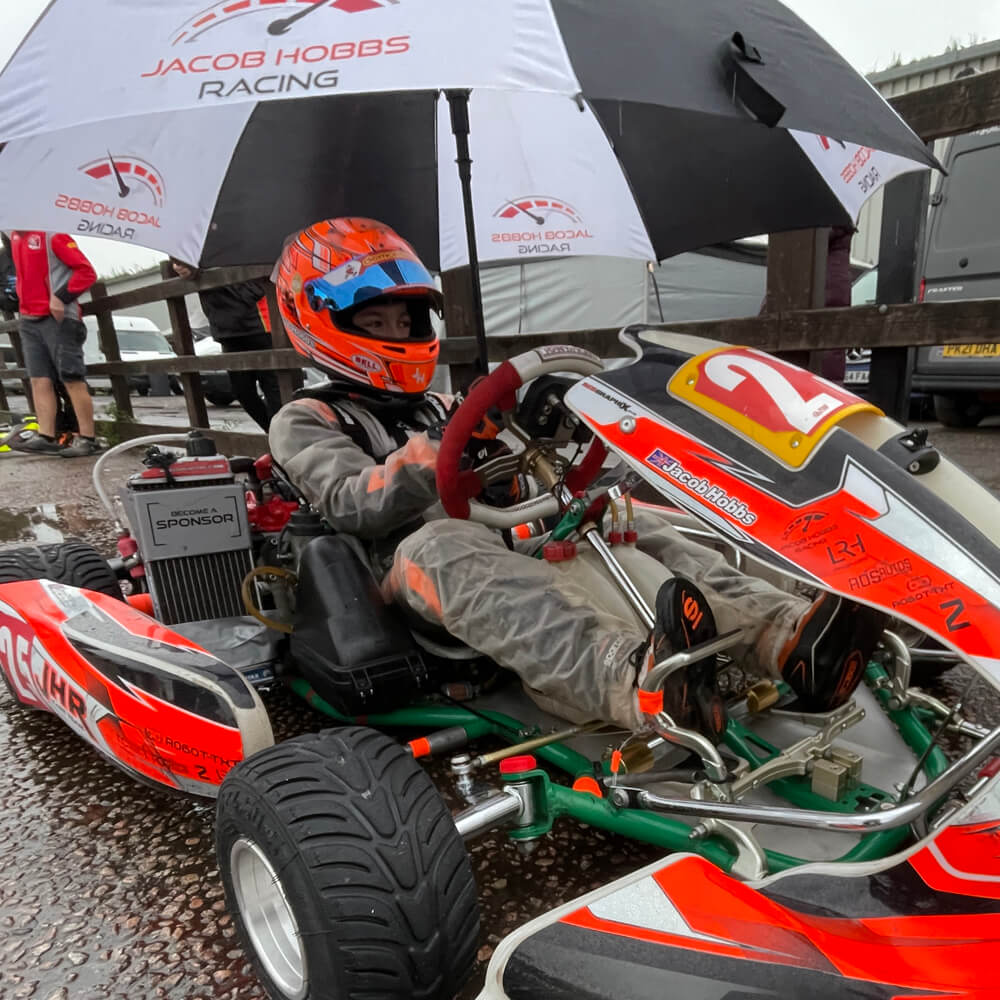 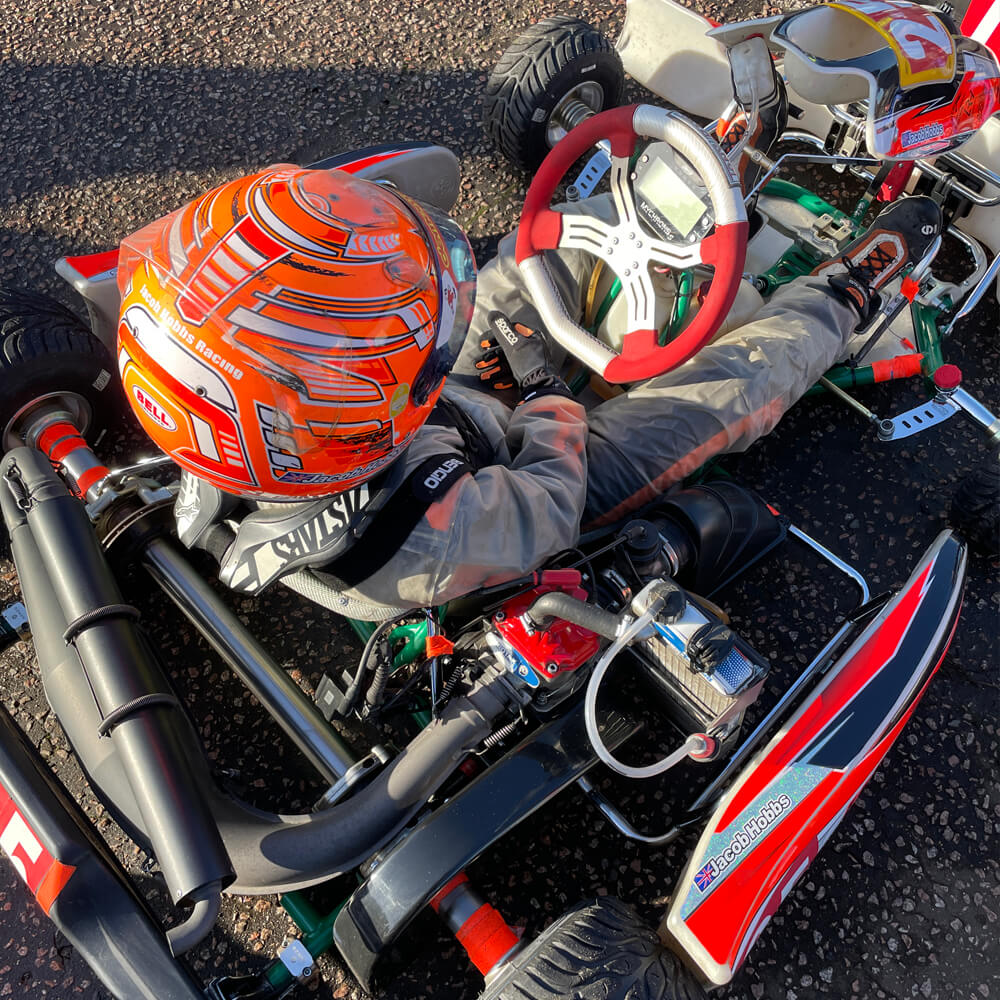 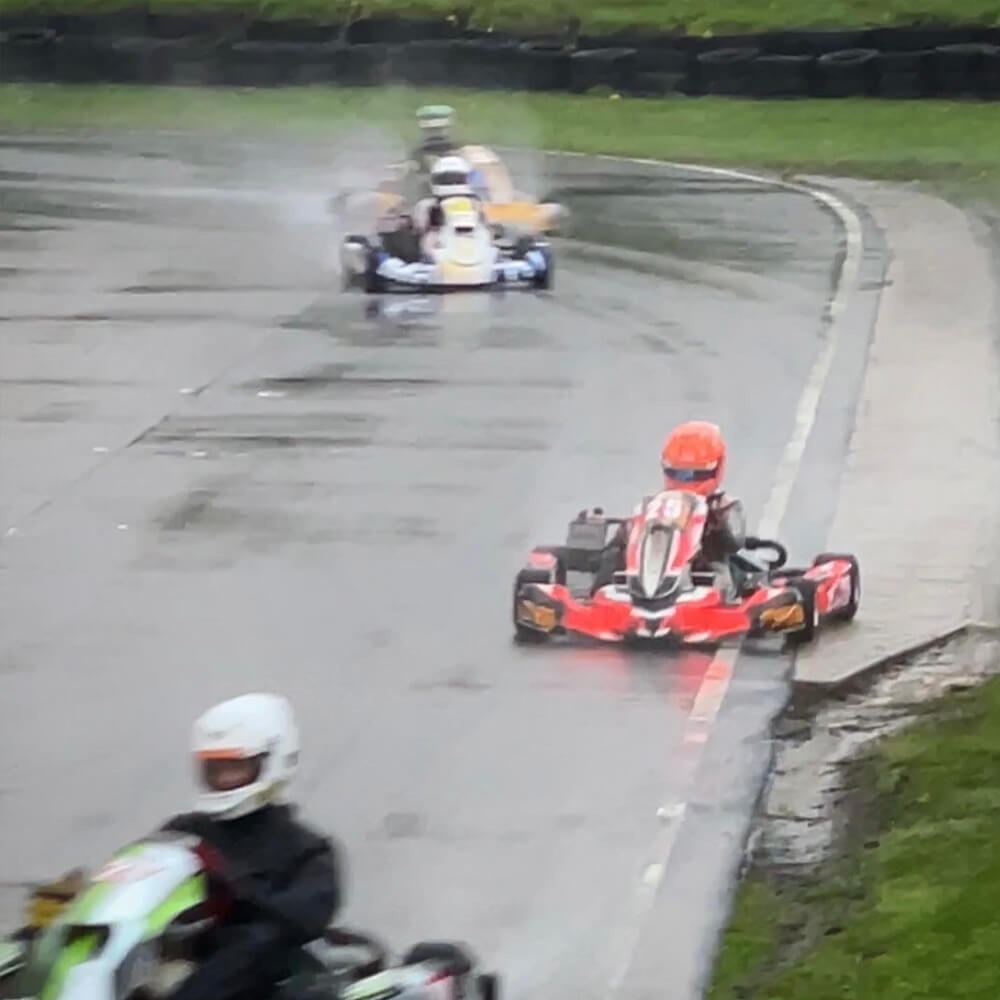 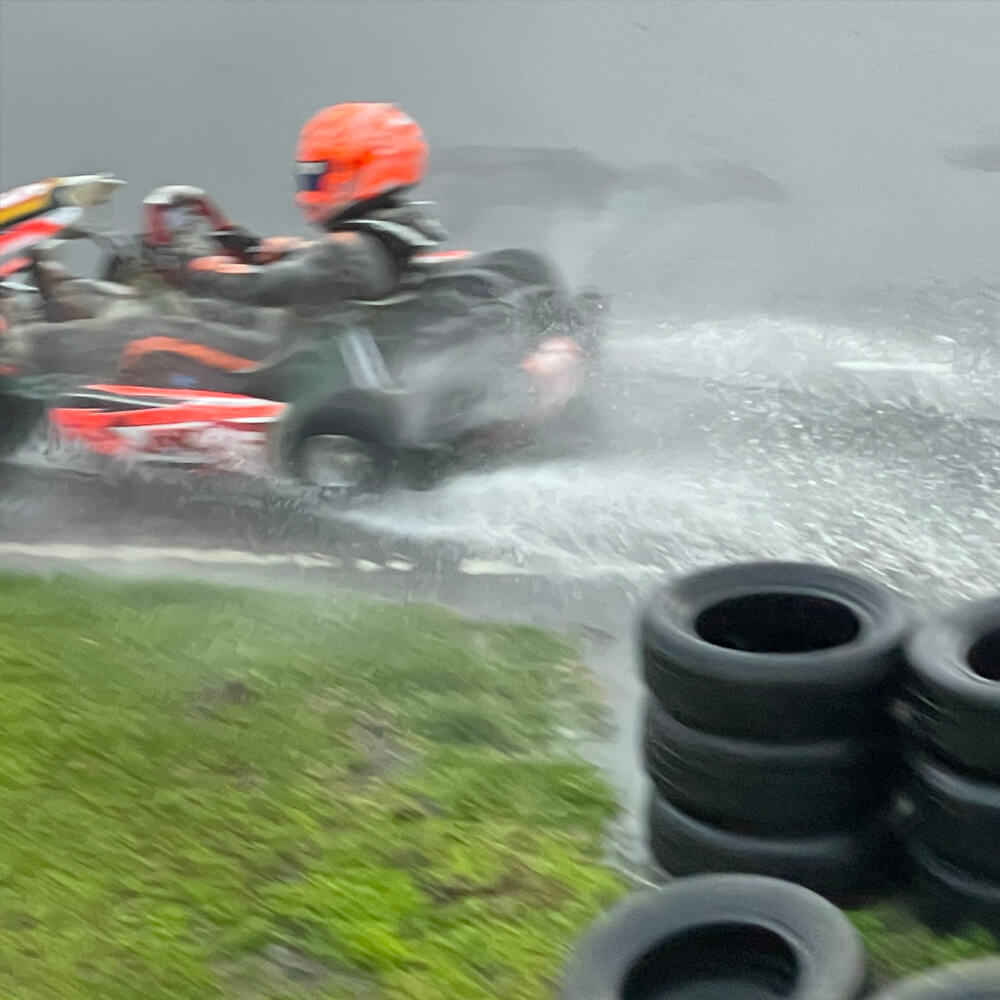 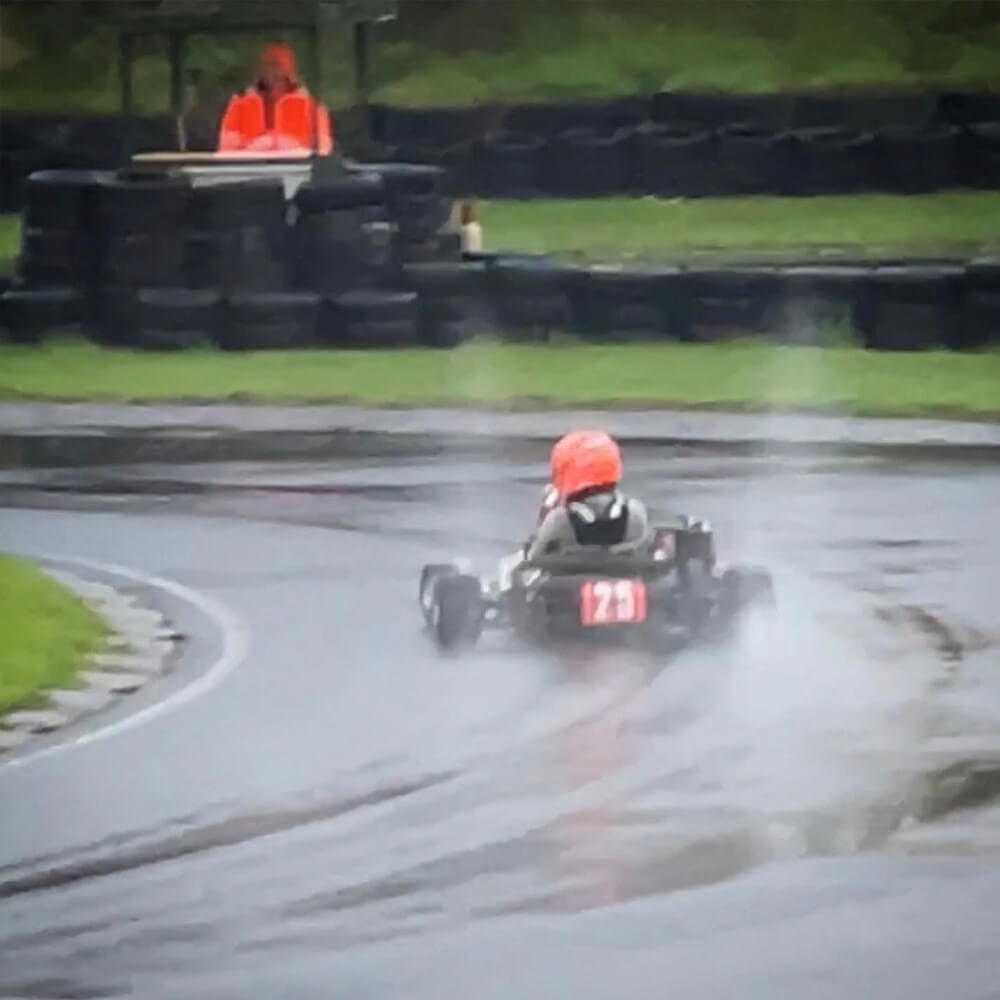 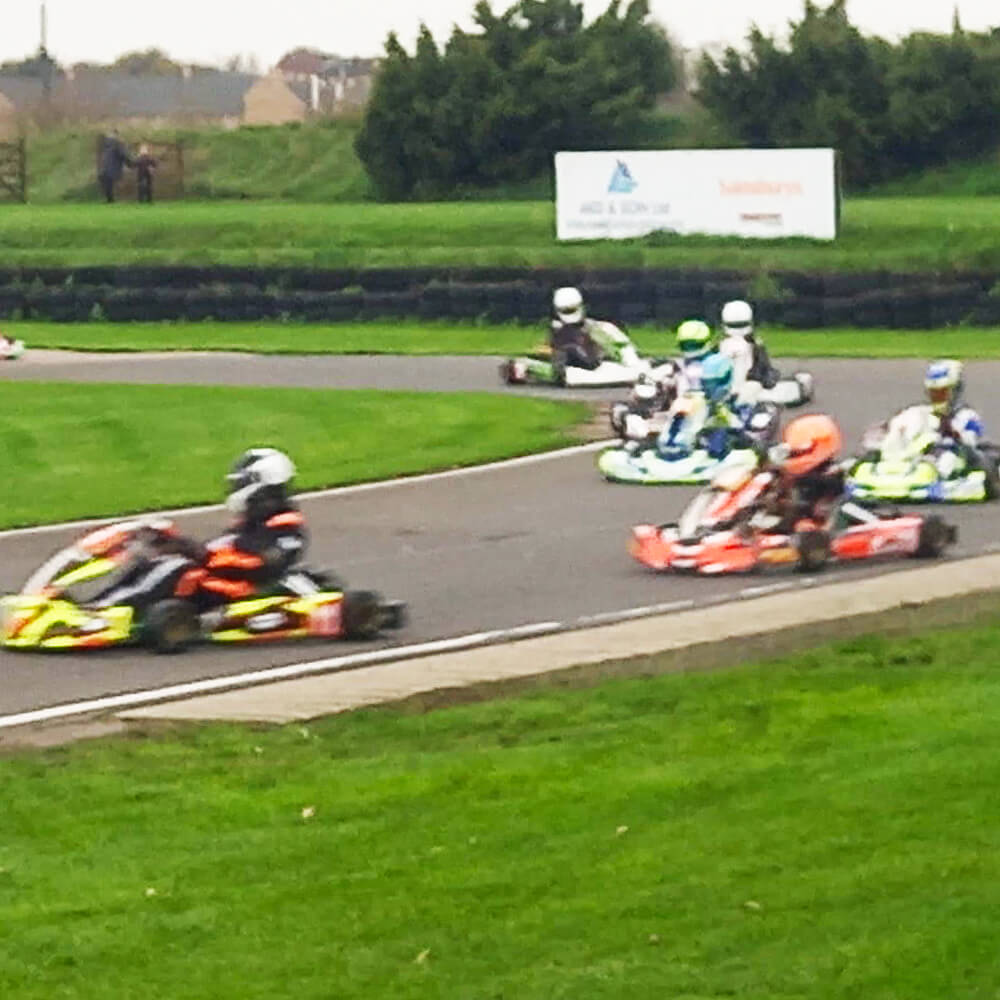 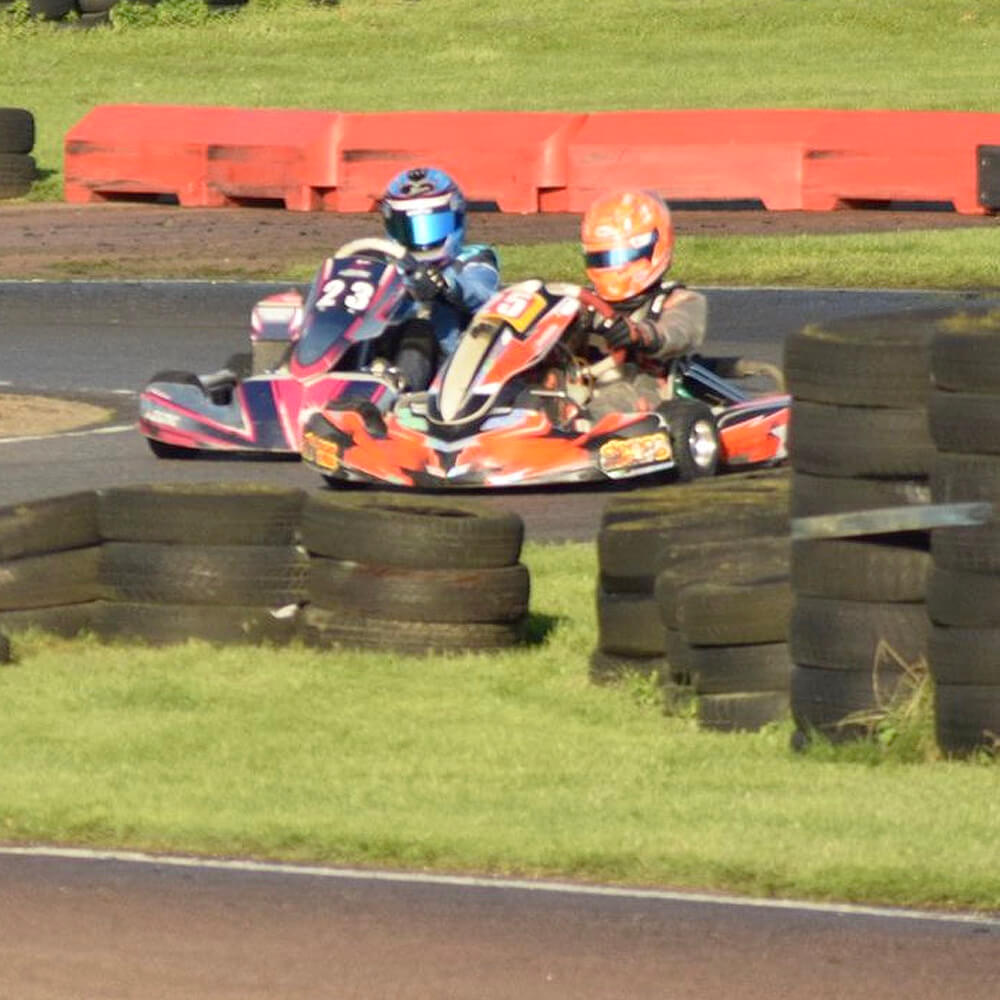 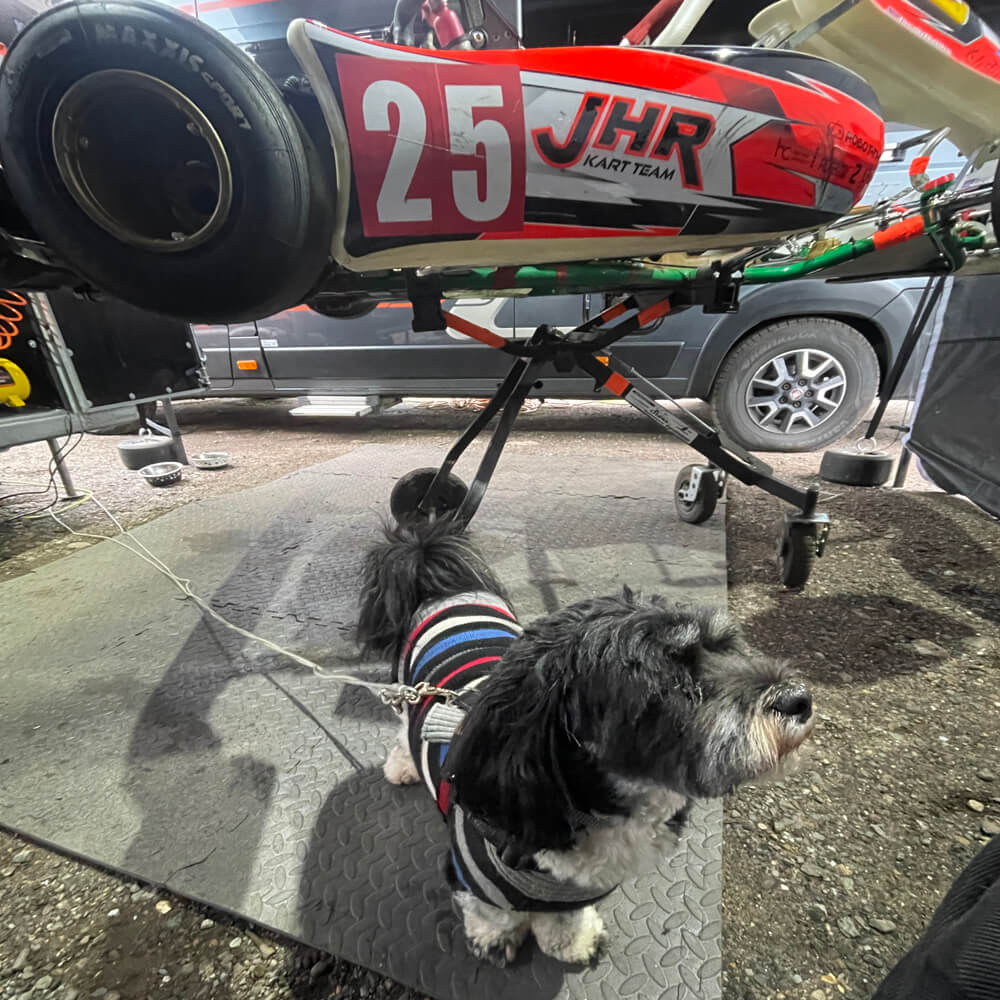